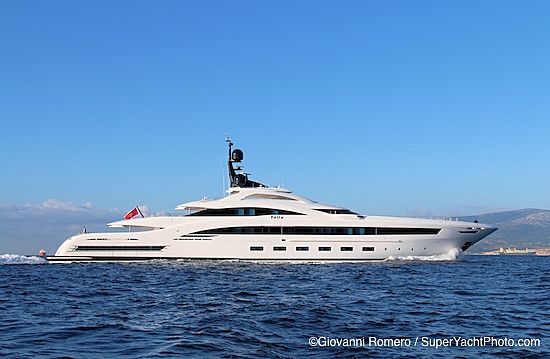 In the summer of 2011, CRN signed to the contract for a 73 metre superyacht, project 132. In May 2014 the CRN shipyard in Ancona launched her, and she was christened Yalla. The exterior lines of Yalla have been designed by Omega Architects, who were also responsible for the owner's previous yacht, a 46.70 metre Heesen. Droulers Architecture has designed the new Yalla's interior. Amongst Yalla's features are a large pool area in the yacht's stern. She was seen a couple of weeks ago, when she cruised off Gibraltar, enroute to the Caribbean.