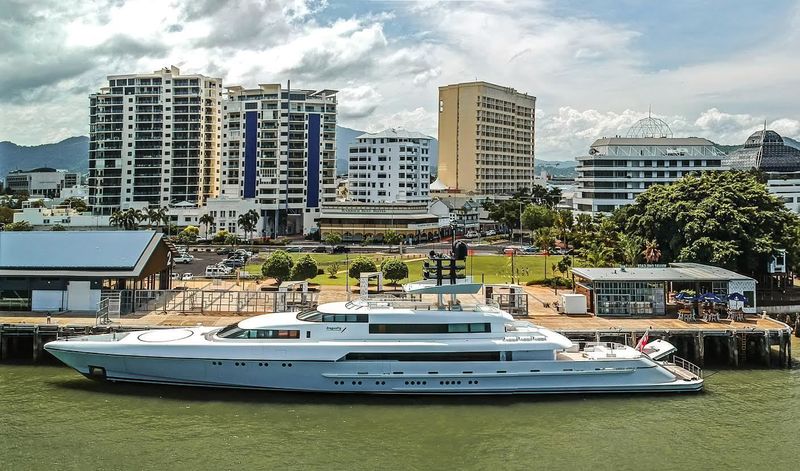 Dragonfly was built by SilverYachts in Australia in 2009 to a design by Espen Oeino when the shipyard still operated under the Hanseatic Marine name. First named Silver Zwei, Dragonfly took on her current name in 2011 after being sold to her new owners. Spending much of her time on in the Pacific, Dragonfly is best known for her exemplary aid work following the devastating 2015 Cyclone Pam that hit the island of Vanuatu. The yacht and her crew delivered much-needed assistance through supplies and rebuilding efforts to remote communities on the island. Dragonfly is the second superyacht in SilverYachts’ Silver series and follows in the footsteps of Rabdan and precedes the 77-metre Smeralda and Silver Fast.