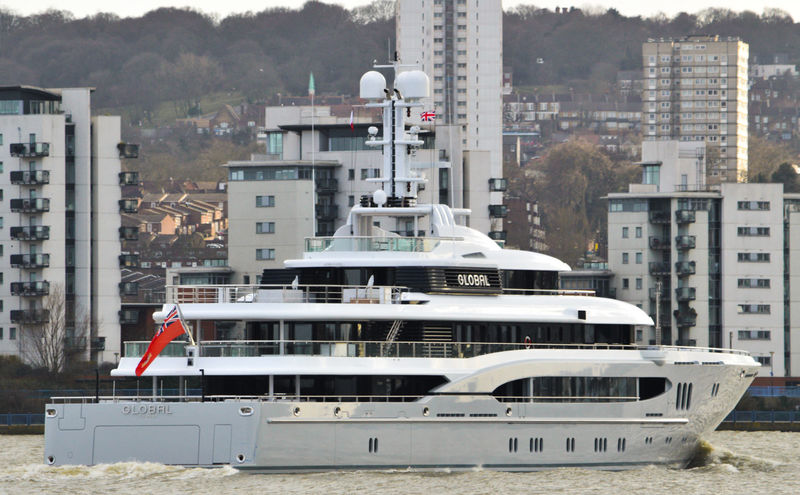 Photo: Andrew ChristySeen here cruising up the River Thames yesterday as she entered London is the Lürssen motor yacht Global. The yacht completed a lengthy refit period at the German yard last summer which saw her aft decks being extended which now features a new tender garage at the stern and a larger helipad on the upper deck. Global was built in 2007 for an experienced yacht owner who sold the yacht to her current owner in 2013. In 2014 the shipyard completed a refit which, amongst other things, had the yacht’s hull colour change to her current light grey. Her original exterior was designed by Espen Oeino and featured Reymond Langton Design as the interior designers.

Global and Alfa Nero together outside Monaco

In Pictures: Global returns to the Med following refit