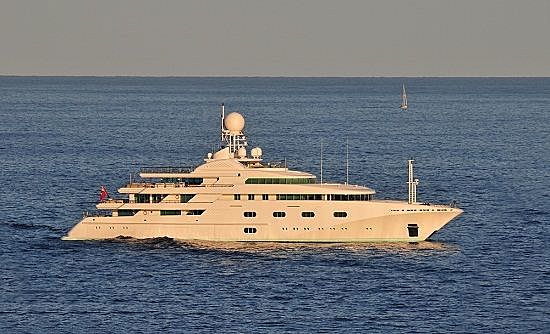 Built as Princess Mariana in Denmark by Royal Denship in 2003, the 77 metre Pegasus V was designed by Espen Oeino and features a beautiful interior by Francois Zuretti. The six deck superyacht can accommodate 12 guests. Equipped with every amenity including helipad on her sundeck, a party deck with disco, a cinema, beach club and a large pool on the owner’s deck. She features a full beam owner’s suite with a private sea terrace. She was sold in 2011.