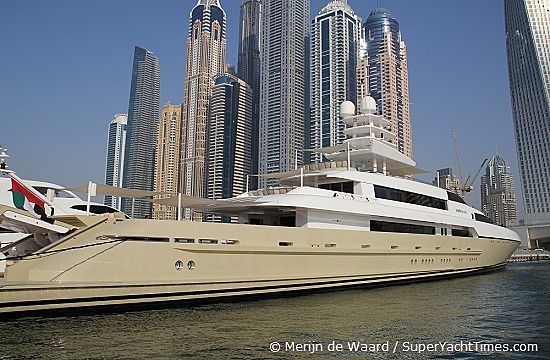 Launched in the spring of 2012, the magnificent 77 metre superyacht Smeralda, seen here at the recent Dubai International Boat Show, is the largest Australia-built superyacht built to date. She will soon be joined by SilverFast, which in currently still under construction at SliverYachts. Both yachts however will be surpassed by the 83 metre SilverLoft, also under construction at SilverYachts. It was reported that Smeralda was going to have her name changed to Sea Stallion after her sale to the royal family in Dubai in 2012, however, she still has her original name.