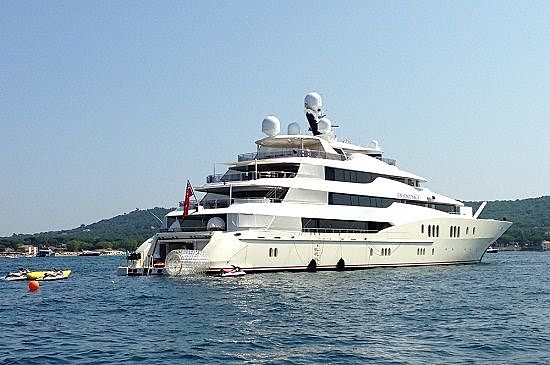 The 78 metre Eminence was originally built for an American owner as Excellence IV, however she was sold to her current owner before completion. Both the interior and exterior of Eminence were designed by Reymond Langton Design. The yacht's original owner went back to Abeking, and had another yacht built, which was launched in 2012. One of the criteria for the new yacht, was that she would have to be able to dock in the port of Gustavia in St Barths, where Eminence can not fit.