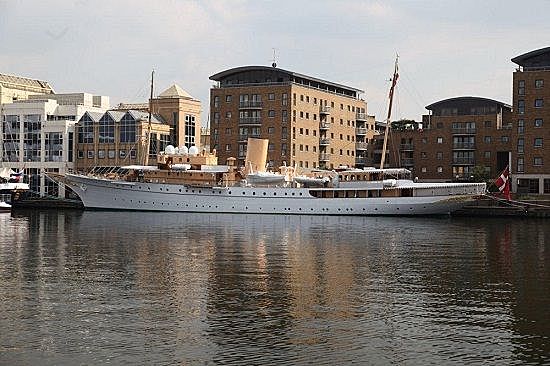 The royal yacht Dannebrog in London

The 78 metre Danish royal yacht Dannebrog was launched in Denmark in 1931, and commissioned in 1932. The yacht serves as the official and private residence for Queen Margrethe II of Denmark, the Prince Consort, and members of the Royal Family when they are on summer cruises in Danish waters, or on official overseas visits, such as here in London during the Olympics.