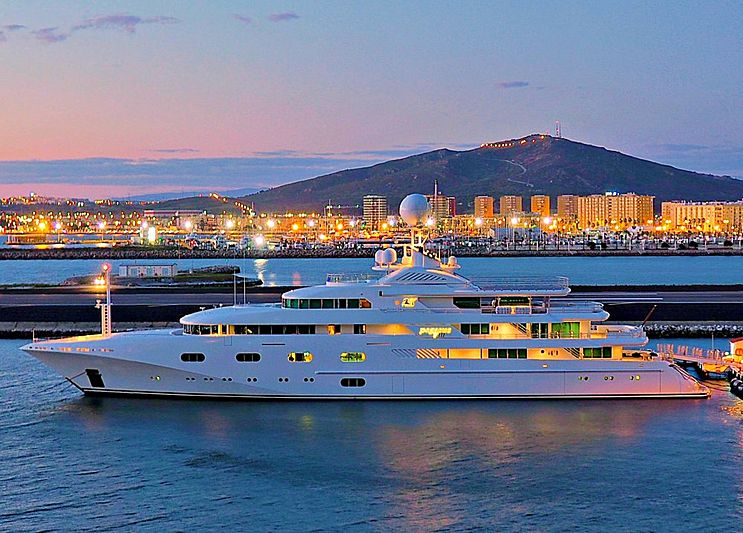 Recently seen in the port of Gibraltar is the Danish built superyacht Pegasus VIII (ex. Princess Mariana). Completed in 2003, the yacht is designed by Espen Oeino, and features a unique interior by Zuretti Interior with the owner’s cabin placed on the lower deck, with direct access to the ocean via a large folding balcony. Another cool feature is her huge beach club with a floating tender bay which transforms into a seawater swimming pool. Pegasus VIII has since departed the Med and is now cruising the west coast of Spain.