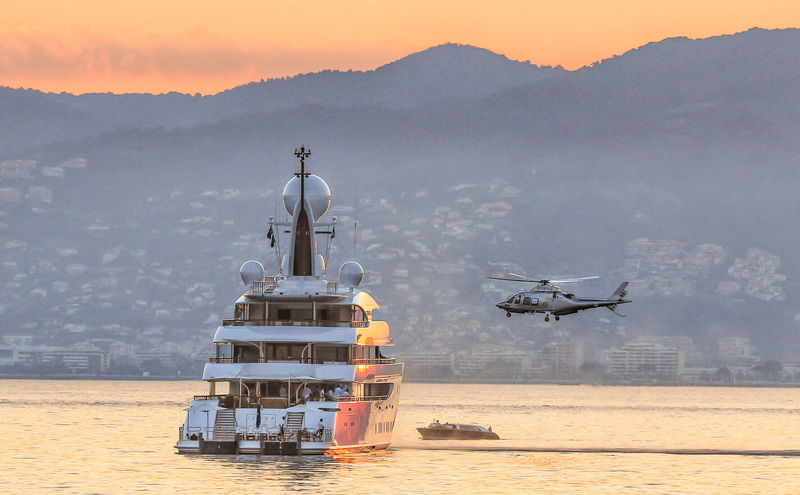 Photo: David HoneybunIlona was seen outside Cannes this week and is captured here receiving her helicopter on the newly-built landing pad on her bow. Ilona recently completed a major refit and rebuild period at Abeking & Rasmussen in Germany where the yacht was lengthened by nearly nine metres from her previous overall length of 73.6 metres. Once featuring a distinctive RWD closed transom, Ilona now features a large and open swim platform that is connected to the main deck via two grand staircases, as can be seen in this image of her at sunset off the French Riviera. The refit also saw the RWD-designed yacht’s forward hull area raised to form a new sheer line now with a flush foredeck area, all by the hands of the original English design studio. This new configuration also makes Ilona one of the smallest superyachts in the fleet with two helicopter pads after Feadship’s 66-metre Vanish.

Ilona was first launched in 2004 at Amels in the Netherlands and has over the past decade undergone several major refit projects that have seen the yacht constantly evolving in her exterior appearance.