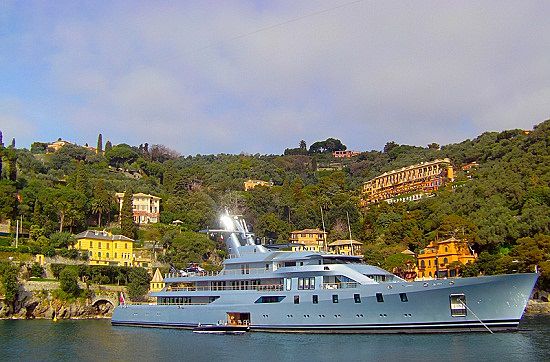 The 85 metre Lürssen superyacht Pacific was launched in July 2010, and is seen here in the pittoresque port of Portofino in Italy. Pacific has unique exterior styling by the Argentinean design studio of German Frers, whose involvement in this project also concerned the naval architecture including an efficient underwater hull after extensive tank testing sessions. She features an eclectic interior designed by Bannenberg & Rowell Design. Pacific, formerly project Josi, is one of the most striking superyachts launched in recent years.