The 85-metre superyacht O’Ptasia and the 57-metre O’Mathilde from Greek shipyard Golden Yachts have set out on their maiden voyage after successfully completing their sea trials earlier this year. 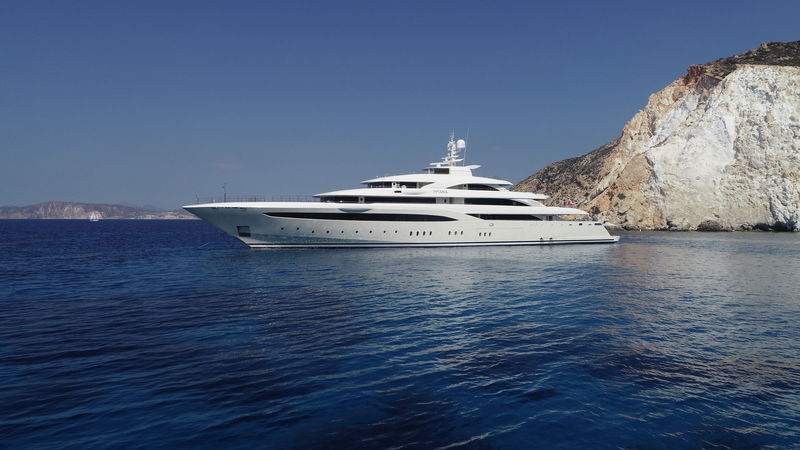 Photo: Beyond Vision Aerial FilmmakingO’Ptasia, the largest superyacht launched from Golden Yachts to date, features an exterior and interior designed by Studio Vafiadis. 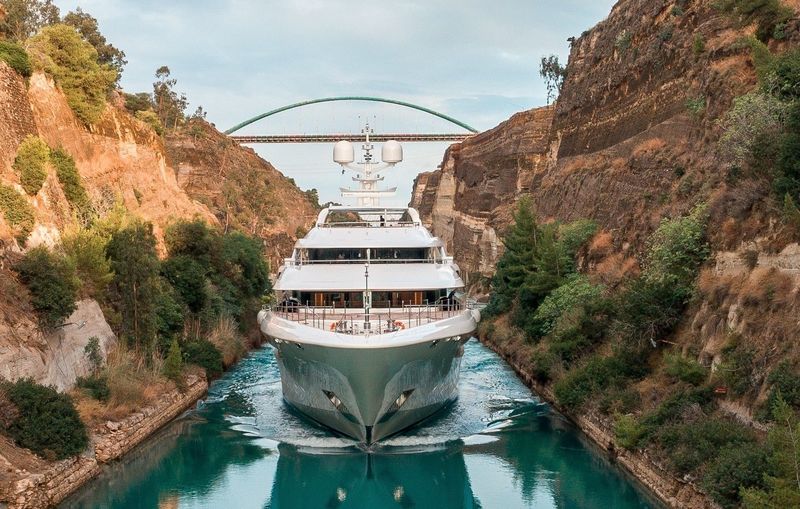 Photo: Golden YachtsShe can accommodate up to 12 guests across 11 cabins, including three twin and eight double cabins, as well as an expansive owner’s suite spanning 95-sqm which offers a 180-degree panoramic view and an 85-sqm VIP suite with an adjoining private cinema. Other key features on board O’Ptasia include a large beach club complete with spa and wellness centre offering direct access to the swimming platform, a fully equipped gym on the bridge deck and a touch-and-go helipad on her bow, for helicopters up to a size MD500E. 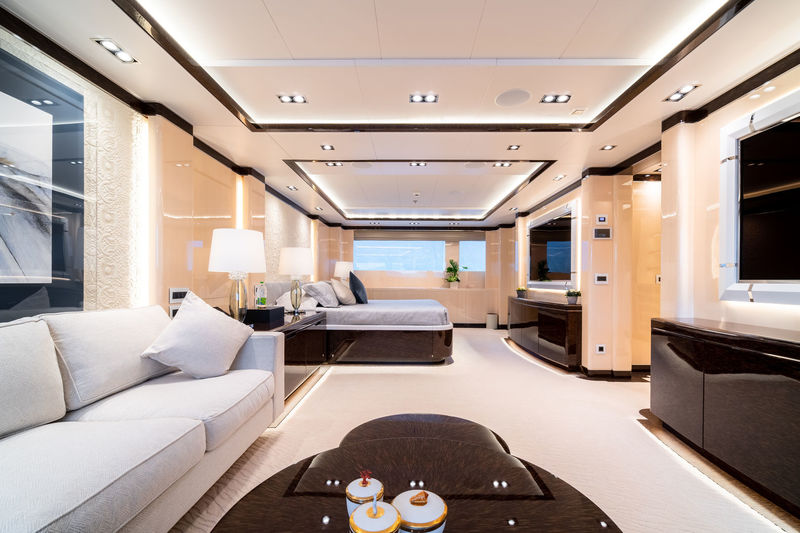 Photo: Golden YachtsShe is powered by twin Caterpillar 3516C diesel engines, offering a cruising speed of 16 knots and a maximum speed of 20 knots. The steel-hulled displacement yacht will be available for charter through Golden Yachts and is staffed by a crew of 26 under the command of experienced captain Nikos Demertzis. 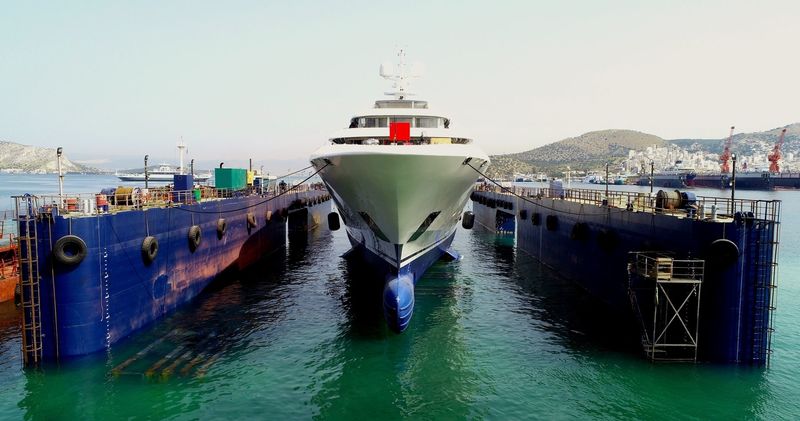 Photo: Vasilis DemertzisO’Mathilde, launched in May this year, features a steel hull and aluminium superstructure. The 57-metre superyacht offers an interior design by Studio Vafiadis. She is able to accommodate up to 12 guests across seven cabins, including a luxurious 70-sqm owner’s suite on the upper deck, a VIP cabin, three double and two twin cabins. O’Mathilde can also accommodate a crew of 12 on board, who are under the command of Captain Alex Skaris. 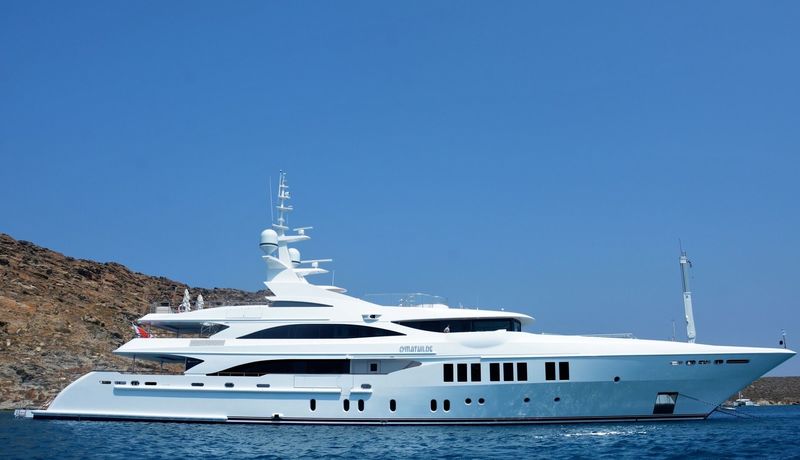 Photo: Golden YachtsStand out features on board include a fully equipped outdoor gym with a sea view, a Jacuzzi on the sundeck, as well as zero speed stabilisers. She is powered by twin Caterpillar diesel 2367 hp engines, reaching a maximum speed of 17 knots and cruising speed of 15 knots.

Both O'Mathilde and O‘Ptasia are now currently available for charter.