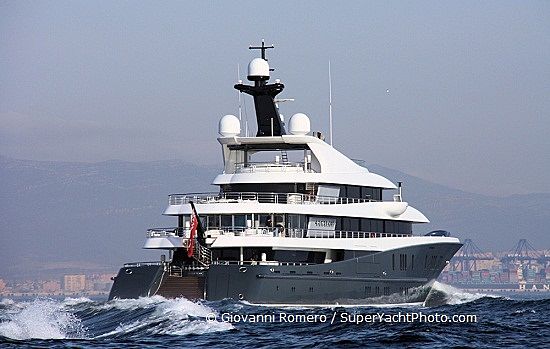 The 90.02 metre Lürssen built Phoenix 2 was launched in 2010, and has been designed by Andrew Winch Designs.The owner's previous yacht was a60 metre superyacht Phoenix (now Aurora) that was launched at Lürssen in 2004. Phoenix 2features a huge sculptured Phoenix on the bow, which can be seen on this photo.