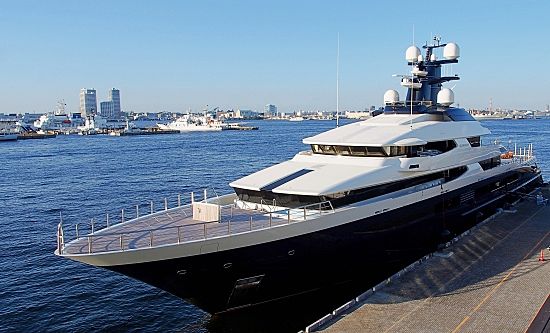 Recently captured following her Pacific crossing and having arrived in the Japanese port of Yokohama, is the 91.5m Oceanco superyacht Equanimity. Delivered to her owners in 2014, Equanimity is one of the largest yachts to be completed by the Dutch yard. She has become known for being the first superyacht designed and built to be fully Passenger Yacht Code (PYC) compliant. Her iconic exterior styling is the combined work of Oceanco and Andrew Winch Designs, who also had the task of creating her oriental-inspired interior. Propelled by twin MTU 20V 4000 M73L engines, Equanimity is able to reach a top speed in excess of 20 knots. The yacht is currently still cruising the region, recently sighted off the island of Hiroshima.

Send us you best superyacht photos to be featured as our photo of the day. Get in touch via [email protected].