Home > News > The 93m Mayan Queen IV in the Caribbean 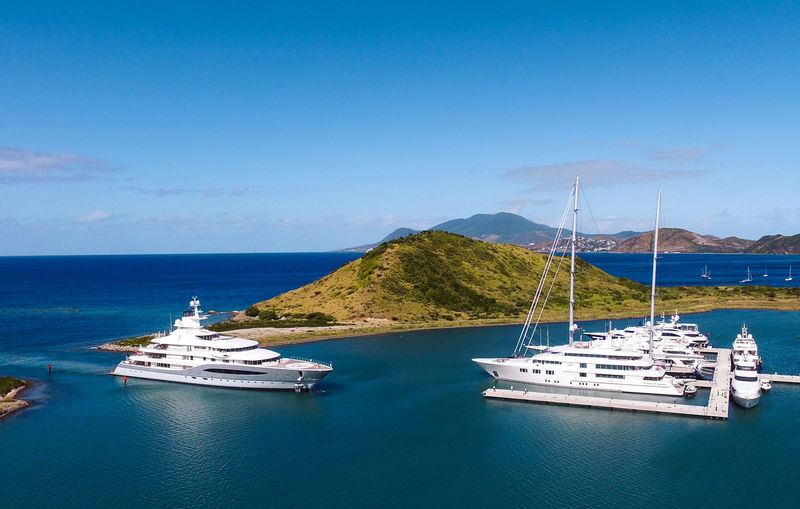 Mayan Queen IV is a 93.5-metre motor yacht built by Blohm & Voss in 2008 for a prominent Mexican businessman. Previously having owned a 49-metre Feadship motor yacht before taking delivery of Mayan Queen IV, designer Tim Heywood was commissioned by the owner to draw the yacht’s exterior with fellow British designer, Terence Disdale behind the interior design of the vessel, which remains a close-kept secret a decade after her launch. Here she is seen entering Christophe Harbour on the island of St Kitts.

The 93m Mayan Queen in Juneau