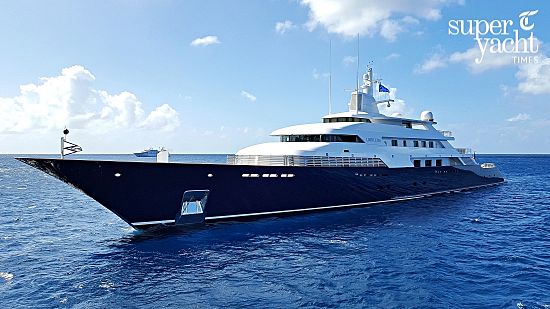 The 96 metre Limitless was built in Germany in 1997 at the Lürssen yard. She is designed by the office of the late Jon Bannenberg, who was also responsible for the design of superyacht Carinthia VI, which formed the inspiration for the design of Limitless. Carinthia VI, now named The One, recently fell victim to a devastating firewhich took place in Marmaris, Turkey. When Limitless was designed, the owners of Carinthia VI also ordered a new yacht, which became Carinthia VII, designed by Tim Heywood, who worked at the Bannenberg office for many years. Limitless features an interior designed by Francois Catroux, who also designed the beautiful interior of another Lürssen giant, EOS. Limitless is owned by American owners, and at the time of her construction in 1997, Limitless was the largest American-owned private yacht. Here she is seen anchored off St Barths on New Years day.