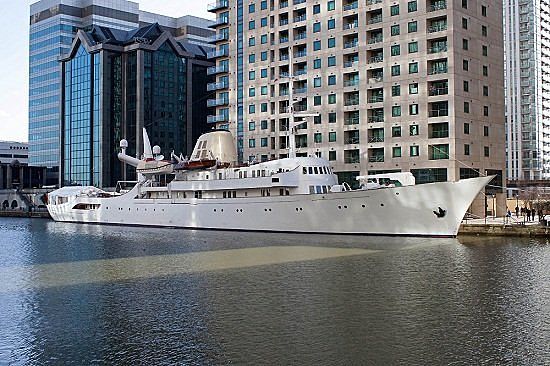 Onassis' legendary 99 metre yacht Christina O was originally built as the Canadian naval frigate Stormont. After the end of the Second World War, Greek shipowner Aristotle Onassis purchased her for just $34,000, and converted her into a yacht at the HDW shipyard in Kiel. She was sold in 1998 to a family friend of Onassis who completely restored the yacht. These days Christina O is available for charter.