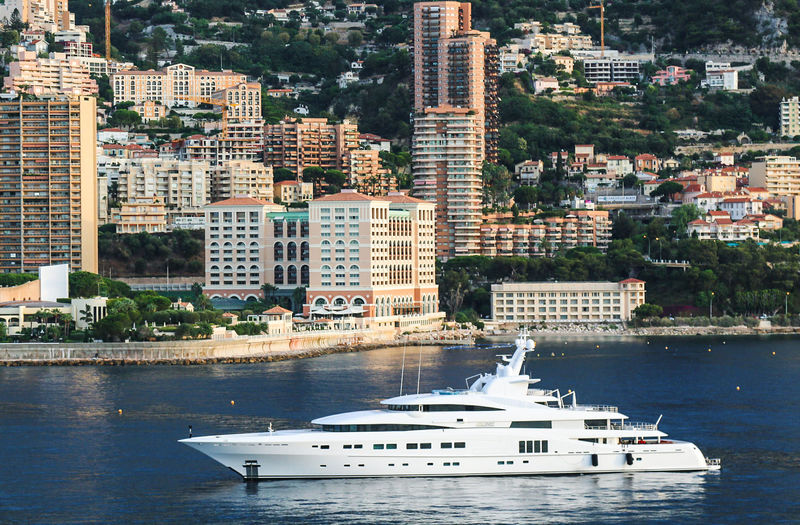 At 82.48-metres, Secret was completed as Abeking & Rasmussen’s largest yacht at the time of her launch in 2013. Built to a design by Sam Sorgiovanni and with an interior by J.W. Harris, Secret was commissioned by the previous owner of the 61.2-metre Feadship superyacht by the same name, now Majestic. Here she is seen about to enter the port of Monaco in August earlier this year.