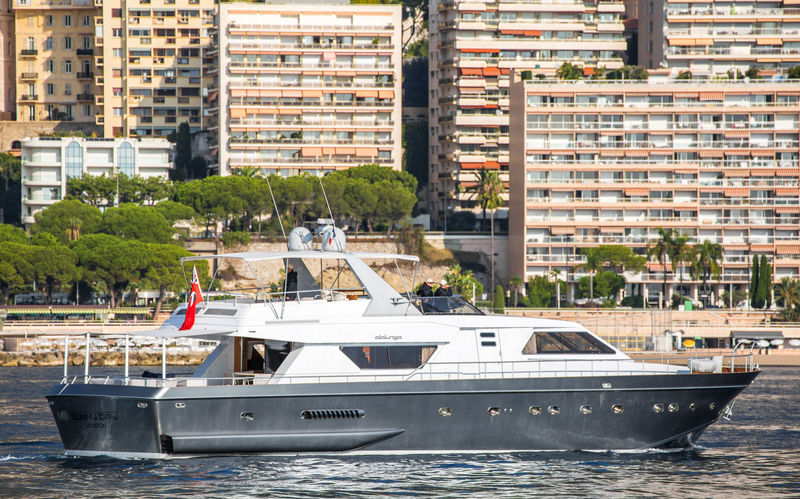 Sunny Day was built at the Italian shipyard Alalunga in 1989 and has remained in the same family ownership since her launch. A recent refit project saw the yacht being stripped down to the bare minimum at Baltic Yachts in Finland where Design Unlimited was tasked with giving her a fresh interior look while retaining the same original Italian style in which she has been cruising for almost 30 years. Nearly 10 feet has been added to her stern where a folding transom now houses the yacht’s tender taking her LOA to 25.07 metres. During the extensive refit, she received two brand new V10 MTU engines that together deliver 3,200hp; nearly twice that of her original engineering setup. The result is an all-wooden yacht capable of a top speed of over 30 knots. Here she is recently seen arriving in the anchorage outside Monaco.