The HISWA Amsterdam in-water Boat Show 2013 has helped put a fresh wind in the sails of the watersports sector. A survey among the exhibitors indicated more requests for tenders and sea trials than last year. A number of yachtbuilders and importers sold one or more yachts during the event. And while the HISWA Amsterdam in-water Boat Show attracted slightly fewer visitors than last year (24,241 compared to 25,907 in 2012), exhibitors reported more movement in the market. The 30th edition of the event took place last week at the Amsterdam Marina in the NDSM wharf and was opened by King Willem-Alexander. 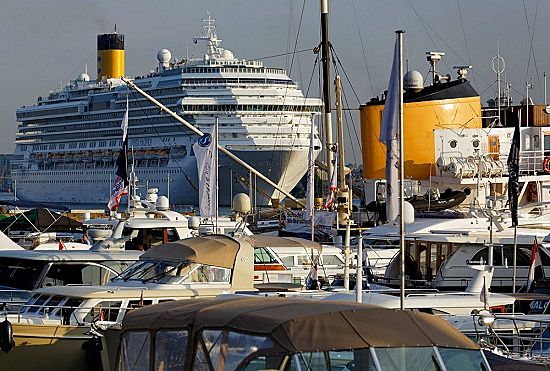 Many exhibitors were much more optimistic than six months ago. “We sold yachts and made many appointments for sea trials during the event. The HISWA Amsterdam in-water Boat Show was an excellent platform for our four premiers,” said Jerry Schuiten of Interboat. Newcomer Ad van Dam was pleasantly surprised by the serious interest in his yard’s latest design, the Damarin 732 XTender.

Most suppliers on the quay also indicated good business results. “When people are not quite ready to buy a new yacht due to the economic circumstances, they often invest in new equipment and gadgets for their current yacht – and this benefits us,” Patrick Noor of DMS Holland explained. “With our Rotor Swing we had a Dutch premier although remarkably we attracted even more attention from non-Dutch visitors. We sold no less than seven systems, which made it a top event for us.” 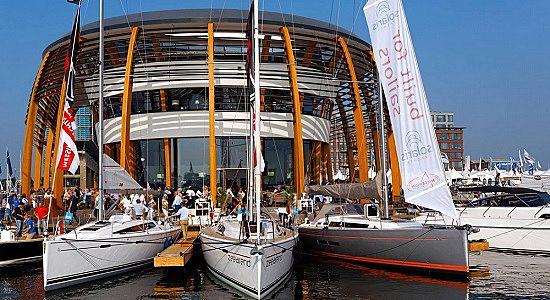 King Willem-Alexander opened the 30th edition of the HISWA Amsterdam in-water Boat Show as well as the new HISWA Nautical Centre Amsterdam on 3 September. The latter accommodates the offices of the HISWA Association and HISWA Multimedia as well as the harbour office of Amsterdam Marina. The ground floor houses Restaurant Loetje. Over the coming years, the area around the marina will become home to an increasing number of nautical companies and apartments as the NDSM wharf is transformed into the nautical hotspot of Amsterdam.

During the official opening, Deputy Mayor Freek Ossel said he was “happy and proud to welcome the HISWA.” He added that the association’s arrival would eventually generate some 170 jobs, 85,000 euros of tourist tax and over seven million euros of annual spending in the local economy. “And this is only the direct yield,” Ossel continued. “At least as important is that the HISWA is helping to further revitalise this area of Amsterdam.”