The Antigua Classic Yacht Regatta will kick off on the 15th April. Antigua is currently welcoming yachts and sailors all over the world to their Caribbean waters, including newcomer to the regatta, Leo Goolden, who will be racing his 24’ Folkboat Lorema. Leo sailed to the Regatta from Cornwall, England, crossing the Atlantic single-handed without an engine, guided by compass and sexton alone. 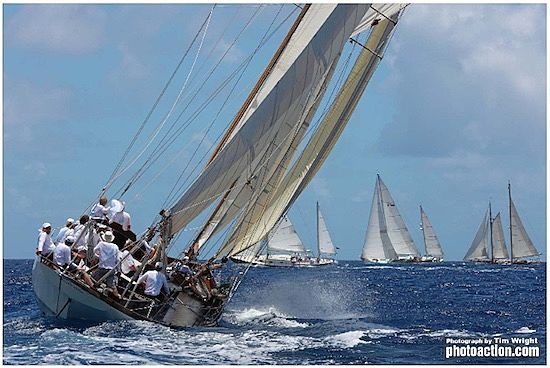 Four days of racing are scheduled, preceded by the single-handed race and the Lunenburg Shipyard Alliance Concours d'Elegance. Yachts will be divided into different classes; Traditional, Vintage, Classic, Classic GRP and Spirit of Tradition. All of the yachts are descendent or examples of traditionally rigged displacement sailboats.

The 2014 winner of the Panerai Trophy, Ralph Isham's 105’ Ketch Whitehawk, will be amongst the yachts returning this year. Launched in 1978, Whitehawk will be racing in the Classic division, as well as the beautiful Nat Benjamin designed 65’ schooner, Juno. Juno is a regular participant and has won class on two occasions but newcomer to the Regatta is the Olin Stephen's designed 56’ yawl, Argyll. Launched in 1946, Argyll has been beautifully restored and recently claimed second place in the 2015 Panerai Transat Classique. 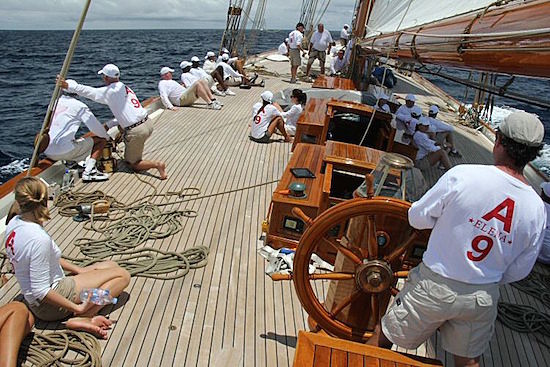 Three yachts of particular note to return to the regatta are the Dijkstra J Class sloop Rainbow, the 140’ Frers ketch Rebecca and the Herreshoff Classic schooner Elena. 180ft schooner Elena, launched in 2009 by Factoria Naval Marin, is a meticulous recreation of the Herreshoff design that won the 1928 Transatlantic Race. This will be the third occasion that Elena has raced at Antigua Classics. 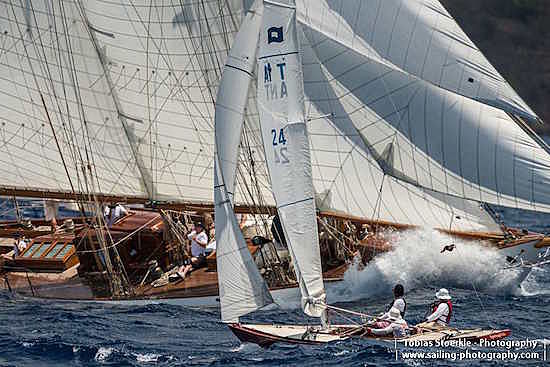 The 36’ classic sloop, Ruffian will be one of smallest yachts at the regatta, launched in 1961 and designed by Francis Kinney. Ruffian, skippered by Martin Halpern, won last year's Classic GRP Class B. The 75’ pilot house ketch, Dragonera, designed by Joel White, is likely to be the largest yacht racing in the GRP class. A number of Carriacou sloops will be racing in the Traditional Class, Alexis Andrews’ Genesis and Exodus, both built by Alwyn Enoe, are early entries and will be joined by the 54’ classic Windjammer, skippered by Ashley Kerr from Queensland, Australia. 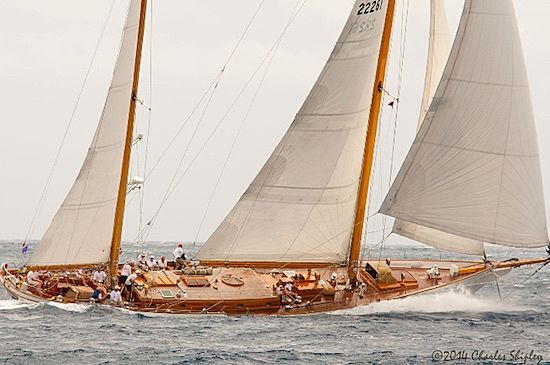 Racing starts on the 16th April with the Classic Single-Handed Race, followed by four days of racing for the full fleet. The courses are named Old Road, Butterfly, Windward and the Kenny Coombs Memorial Cannon Race. Participants of the regatta are entitled to free dockage throughout the regatta through the generosity of the Antigua Yacht Club Marina for first four days, and via National Parks Authority in Nelson's Dockyard for the last two days.

The social programme kicks off with the Welcome Party at the Antigua Yacht Club on Wednesday 15th April. The exclusive Owners Party on Saturday, hosted by EFG Bank, will be at the stylish South Point waterfront restaurant, with invited guests enjoying delights provided by four international chefs competing in the S.Pellegrino Cooking Cup. 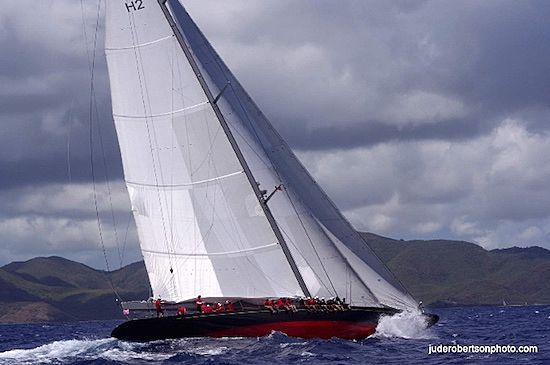 This year the Prize Giving will take place after the final race on Monday 20th April in Nelson's Dockyard. The Antigua Classic Yacht Regatta concludes on the 21st April with afternoon Gig Racing and Cream Tea Party at the Admiral’s Inn, and a Tug-of-War in Nelson’s Dockyard.