The Antigua Classic Yacht Regatta came to a close yesterday, with Whitehawk taking home the Panerai Trophy. The event was wrapped up by the Regatta’s Chairman, Julian Gildersleeve, who introduced His Excellency Dr Sir Rodney Williams, Governor-General of Antigua & Barbuda and the Minister of Tourism, Economic Development Investment and Energy, Asot Michael. Sir Rodney Williams gave a speech highlighting the importance of Antigua Classics to the country and welcomed competitors to the regatta from overseas, as well as congratulating Antiguans who had taken part. 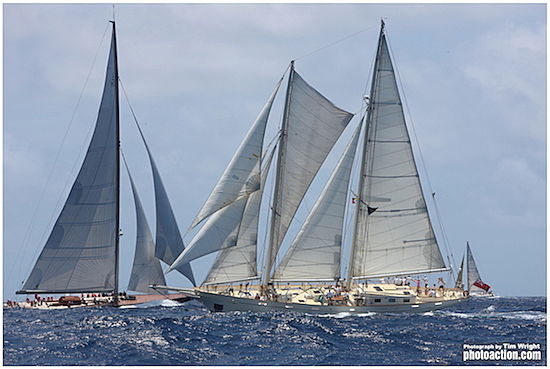 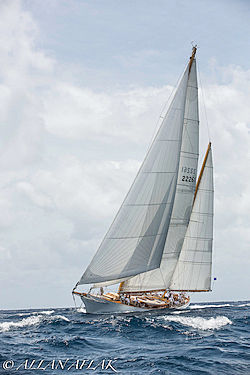 Angelo Bonati, CEO Panerai, explains why the company values the regatta. “When Panerai was a young company, we analysed our DNA to look at ways to promote our brand. In 1936, Panerai created their first Submersible watch. Panerai is famous for sporting watches and the technology and application required is very similar to values in designing and building classic boats. To be a master of watch making or boat building you need many years of experience. Classic boats are built to last for over one hundred years, and for Panerai, our watches have the same properties. In many ways, the values of Panerai have the same mix of elements as classic yacht racing.”

At the Prize Giving Ceremony Whitehawk was declared the winner of the Panerai Trophy for the second year in succession having won every race and taken line honours in four starts in Classics Class A. Whitehawk’s co-skipper, Ralph Isham was full of praise for the regatta and Antigua. He said, “I think we sailed better this year, last year we had rougher conditions, which made the racing tough but this year’s team has had more time together on this boat and that makes a big difference. This is one of the most beautiful places to sail in the world, Antigua is a welcoming place, many of the Whitehawk crew have homes here. The island is stunning and the easterly Trades have been just perfect.”

Whitehawk boat captain, Eric Nittmann also commented. “It is 1600 miles to Rhode Island from Antigua but it has been well worth the trip. It is great to see Whitehawk being sailed hard but also so well. I don't think I yelled at the crew all week, it went very well and it is a pleasure to have a team on board that fully appreciate the stallion that Whitehawk can become.” 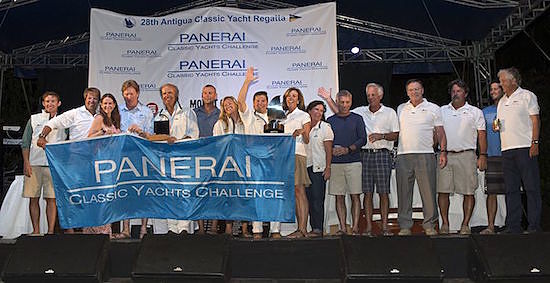 The 29th edition of the Antigua Classic Yacht Regatta will be held from the 13th to 19th April next year.