Merle Wood & Associates has joined Olympic Marine as the c-central agent for the sale of superyacht G-Whiz. The 33 metre superyacht G-Whiz is one of the most unusual yachts in her size range. Designed by the late Jon Bannenberg, she was built by Brooke Marine in the UK in 1989.

When she was launched, G-Whiz was one of the first superfast large dayboats, offering an incredible top speed of 45 knots. The superyacht was sold at the end of 2011 and recently completed a major refit. 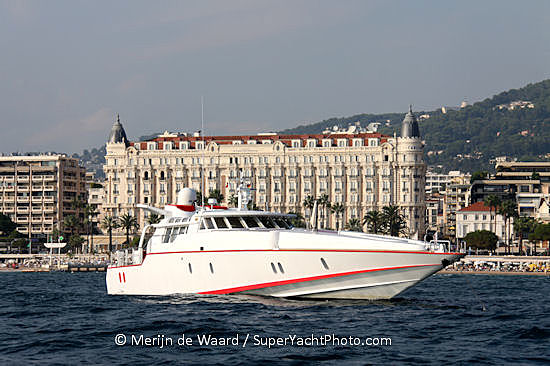