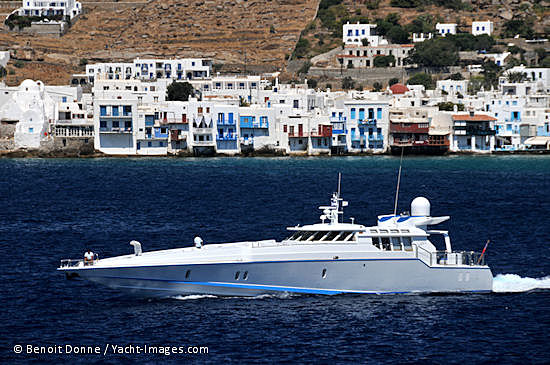 G. Whiz was built by Brooke Marine in Lowesoft in 1989. The 33m yacht was designed by the late Jon Bannenberg, with naval architecture by Sonny Levi and an interior by Rincklake van Erndt. G. Whiz is owned by a well know Greek businessman, who apparently received the yacht as a birthday present from his father in 1992. Powered by twin 3500 HP MTU engines, the yacht can reach a top speed of 46 knots. G. Whiz cruises privately throughout the Eastern Mediterranean and is based at Vouliagmeni Marina.