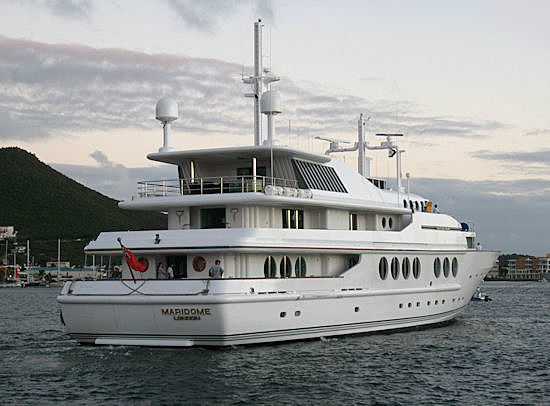 Maridome, previously known as Stefaren, pictured from the stern in the Caribbean. Maridome was built by Brooke Marine to a Bannenberg design for a US owner, who gave a big party for his friends when the yacht launched in 1989. In 2005 and 2006 Maridome was refitted by Nobiskrug and Donald Starkey designed a new interior for the 54 metre superyacht.