Listed for sale with Ocean Independence is Cintra, the oldest Vintage international 12 meter class yacht in the world. A finely crafted wooden construction she was originally designed and built for racing by William Fife III in 1909 for a well-known Scottish yachtsman of the time called Andrew Coats. 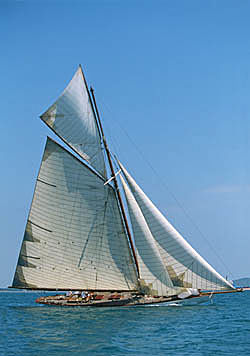 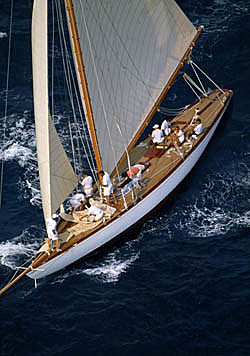 She raced extensively during her early years and in 1919 was bought by a Norwegian owner who kept her until the 1930s. Cintra changed hands several times after that but remained in Oslo; in 1946 she returned to the UK. Cintra was well maintained throughout the 1960s, then disappeared for a time in the 1970s. In 1984 she was purchased and refitted as a cruising yacht.

In 1990, her stellar racing record saved her as naval architect Franco Giorgetti tracked her down and took the boat to La Bussola shipyard in Fiumcino, Italy for an extensive restoration. Cintra was then sold in 1999 to present owner in Italy, a collector of Fife-designed hulls who further restored her to her former glory in 2002 following comprehensive research to conserve her traditional design, shape and elegance.

Now 100 years on from her launch Cintra celebrates her centenary in Monaco with a lively classic racing events campaign schedule throughout the coming season and plenty of opportunities for visitors, by appointment, with broker Marco Vandoni. Asking Price €1,500,000.