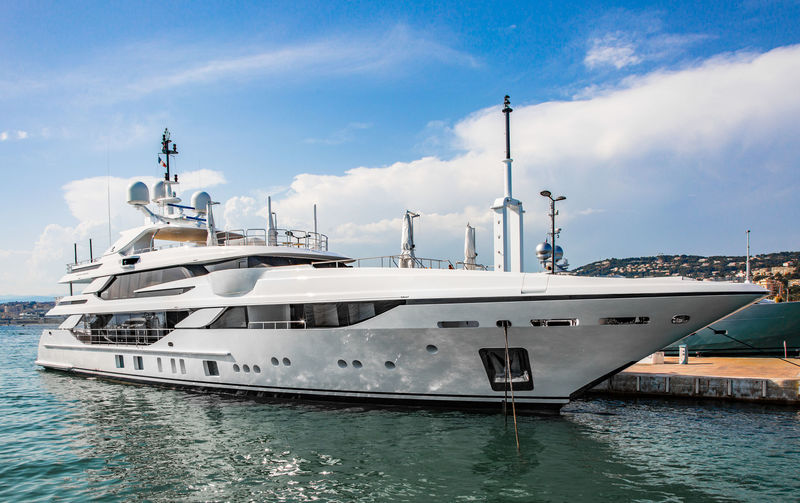 Zazou was built at Benetti as project Breeze and delivered to her owner in 2016 who have owned two Benetti superyachts previously. Zazou follows in the footsteps of the first Benetti FB800 project, Vica, which was completed in 2014. Here Zazou is seen in Port Canto in Cannes this past summer season. The third FB800 motor yacht, project Blake, is currently in build at Benetti.