Come early September and as the height of the Mediterranean summer season passes with the grace of a fading sunset, the eyes of the sailing world will be focused firmly on one stand-out attraction: the Maxi Yacht Rolex Cup. This annual meeting of the bold and the beautiful, elegance and finesse, onshore refinement and offshore adventure, takes place in Porto Cervo, Sardinia. 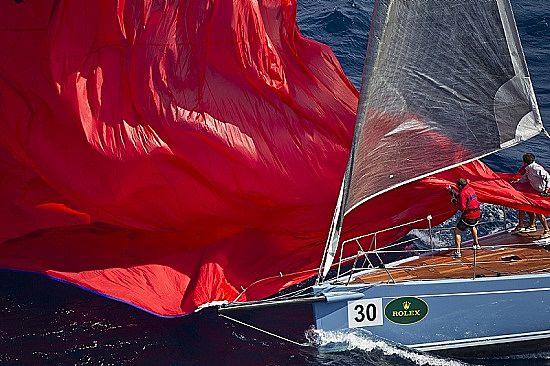 Event organisers the Yacht Club Costa Smeralda (YCCS) are expecting a record presence for the 22nd edition, which takes place from 5-10 September. It represents a trend. Last year’s competition welcomed 49 of the world’s most state-of-the-art yachts. Forty-two yachts from 12 countries and territories have already committed to taking part this time around. Whilst the event’s appeal has always been unquestioned, the growth in popularity of the Mini Maxi yacht and the subsequent birth of the competition within a competition, the Mini Maxi Rolex World Championship (open to yachts from 18.29-24.08 metres), have led to the mushrooming of the regatta. This year promises to be an eye-catching feast.

Close attention will be paid to the second running of the Mini Maxi Rolex Worlds. Whilst the final list of entries is still to be confirmed, several impressive campaigners will be attacking the waters of the Costa Smeralda. Niklas Zennström’s Rán 2 (GBR) and Andres Soriano’s Alegre (GBR) finished first and second last year. Intriguingly, 2010’s third placed yacht is also returning albeit under new ownership. The 72-ft Reichel Pugh Shockwave (USA) has changed hands from serial regatta winner Neville Crichton to George Sakellaris, who previously campaigned the CM60 Captivity. Shockwave has been preparing for the Maxi Yacht Rolex Cup in Palma.

The crew of Whisper (IRL) have long been captivated by the lure of Porto Cervo. Michael Cotter’s 78-footer has become a fixture at the event and won the Racer/Cruiser division in 2009. The experienced crew have been focused on the Maxi Yacht Rolex Cup for quite a while, as captain Mark Dicker explains: “Whisper’s preparations for the Maxis started in January and this will be our sixth participation. We have a good set up and hope to be on top of our game in Porto Cervo. Over the past winter the boat undertook a large refit with the upgrade of many of its racing systems. We then did a ‘shake down’ regatta at Easter in Palma so we feel confident the boat will be in great shape for the Maxis. Currently Whisper is completing a cruising period around Greece before heading back to prepare for the event and two days training.”

The Irish crew, competing in the Mini Maxi Rolex Worlds, have always performed impressively on the Emerald Coast. Dicker reveals the key to yacht’s success: “The Whisper team have been campaigning the boat for six years with a core crew mostly of Irish sailors, who are happy to keep on coming back. The owner is very competitive, but a laid back approach seems to help the boat stay in good form and even the small handful of professional sailors onboard relish a week’s sailing on Whisper. Certainly the secret to the event is consistency, the conditions around Porto Cervo are very challenging and any mistakes can quickly end a regatta.”

For the crew of Whisper, like many others, the appeal of the event is obvious. “Within the Med there is certainly no other regatta like the Maxis,” closes Dicker, “from the picturesque scenery to the high level of competition returning year after year. Racing up Bomb Alley and round the islands is certainly like no other race course we embark on.” Following on from the Maxis, the Whisper crew will take part at another Rolex supported event - Les Voiles de Saint-Tropez. 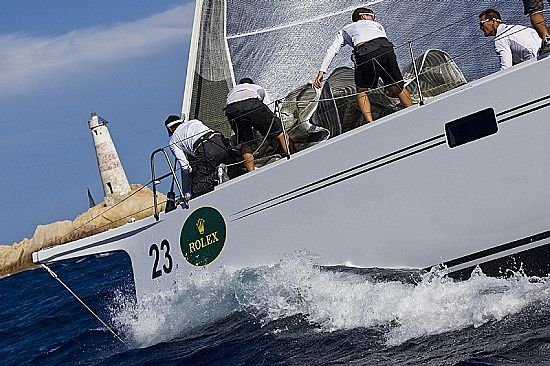 Completing the global gathering of competing nations are the Danish crew onboard the 61-ft Vertical Smile, the 78-ft All Smoke (GBR), owned by the German businessman Günter Herz, the 60-ft Arobas (FRA) and Caol Ila (USA), fresh from an impressive performance at the Giraglia Rolex Cup. Sir Peter Ogden’s 60-ft Jethou (GBR) will also be in attendance, having campaigned at both the 2009 and 2010 Maxi Yacht Rolex Cup.

Outside of the Mini Maxi Rolex Worlds, racing will be equally intense in the prestigious and long-established Maxi (24.09-30.5m yachts), Supermaxi (those in excess of 30.5m) and Wally competitions. 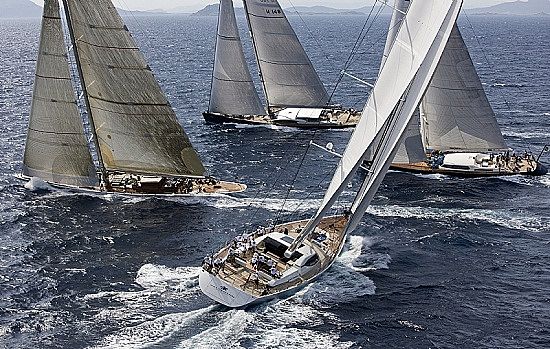 The Swan-90 DSK Pioneer Investments (ITA) will compete in the Maxi category and has enjoyed a demanding season in the Mediterranean, taking part in the inaugural Rolex Volcano Race in addition to the Giraglia Rolex Cup, where she was the fifth boat to finish on elapsed time. The yacht has miles in her sails. Fortunately, the Maxis require less travelling for the crew. Owner Danilo Salsi is a member of the YCCS and Porto Cervo happens to be DSK’s crew base. “We like the race area and feel we have good local knowledge,” explains team manager Andrea Casale, “the big challenge for us is to take advantage of this.”

DSK Pioneer Investments triumphed in Porto Cervo at the Rolex Swan Cup in 2010, although the crew realise that repeating their success on the Costa Smeralda in the Maxi division will be a tough challenge. “The Swan Cup was a completely different scenario,” continues Casale, “as we were not competing against the likes of Esimit Europa 2. The yachts in our division this time around will be faster than us on the water so they will be more difficult to beat. We have to be very smart and wise with the tools that we have at our disposal.” 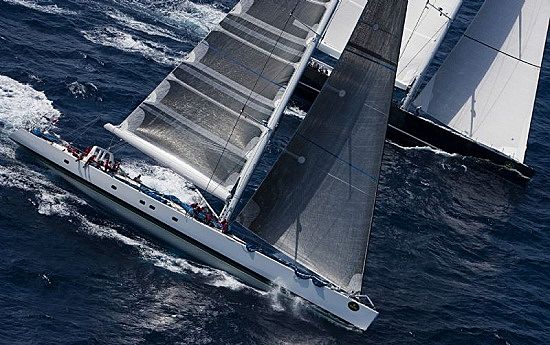 After the gruelling ocean challenges earlier in the season, Casale and the crew are focused on a different type of racing at the Maxis: “We are pleased with the two offshore races, but the Maxi Yacht Rolex Cup is going to be a very different game. ‘Day racing’ requires more manoeuvring and decision-making in a short space of time. We are adding some new crew members to our standard roster to save time when changing sails. In addition we are ‘tuning’ our rating certificate. Hopefully it will all help.” 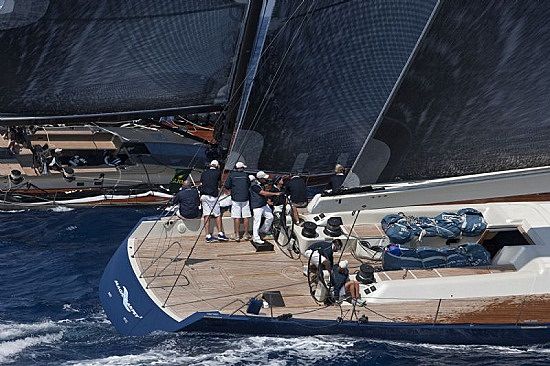 Meanwhile, the Wally division is already shaping up to maintain its recent trend of intense battle. Claus-Peter Offen’s Y3K (GER) and Sir Lindsay Owen Jones’ Magic Carpet (GBR) have winning experience in Porto Cervo although the divisional crown is sure to be contested to the very last nautical mile of the final race. The impressive fleet comprises100-footers Dark Shadow (MON) and Kenora (GBR) as well as slightly more slender but equally impressive campaigners such as Jean Charles Decaux’s J One (GBR), winners in 2007, and Thomas Bscher’s Open Season (ESP).