As the light began to fade, the fuel pump whirring but still nothing in the line, the starter motor was half heartedly churning and the 9 litre V8 was unsurprisingly refusing to fire up. The sun was beginning to set; I had been in the Chantier, Cap d'Ail since 0800hrs trying to get this thing running. Now thoroughly cold and fed up I shut my eyes and make a silent prayer to the god's of the V8 every time I thumbed the starter button; they were clearly not listening. Mechanics and electricians had come and gone all day but soon after the arrival of our hero Leon, it was suddenly clear that this monstrous engine was coming to life. 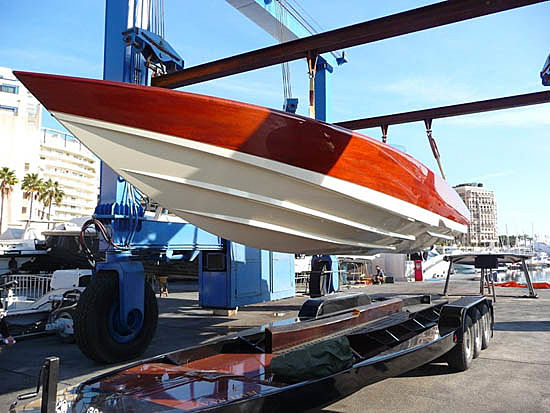 WHAM! The quadruple exhaust pipes emitted a thunder clap that echoed around the harbour. Smiles all round. On the next try WHAM wham WHAAAM! As the engine started to catch then finally erupted and settled into an earsplittling idle. The noise was apocalyptic, it sounds similar to the top fuel drag racers I watched thumping down the quarter mile in the US a few years ago. The 825 hp GM big block was probably disturbing our neighbours across the water in Africa, yet my comrades and I in Cap d'Ail are all smiles and there was lots of manly back slapping. 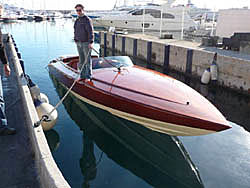 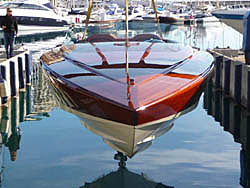 May I introduce the breathtakingly beautiful Alpha Z. A ten metre mahogany runabout desgined and built for a wealthy entrepreuner in the US by Van Dam boats in 1998. The attention to detail is quite incredible and without sounding obsessive compulsive I have spent literally hours absorbing all the facets of her beauty. I've been lucky enough to have seen a lot of beautiful material objects in my life but she rises above the rest, for sheer drop-dead gorgeous good looks. You'll struggle to find anything the world over that will compare. The proportion so perfect, onlookers look for flaws, a design error, a mistake, anything to make her look mortal but they leave frustrated. 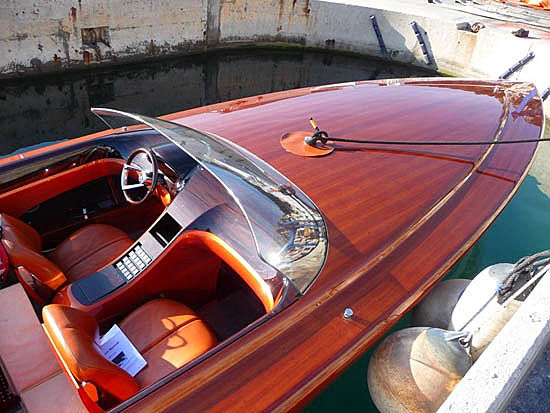 Alpha Z originally caught my eye in October 2009 when I accidentally stumbled across an online advert, I fantasised about owning such a jewel and over drinks later with Johnny Cartwright from YCO Monaco, we planned the purchase. Finally, she arrived in Monaco a few weeks before Christmas, wrapped up in several layers of bubble wrap and covers. We pulled back the covers and it felt like undressing a tall, elegant, woman, unzipping a black Valentino cocktail dress and watching as it glides gracefully onto the floor. Her shape was finally revealed and all around were awestruck. 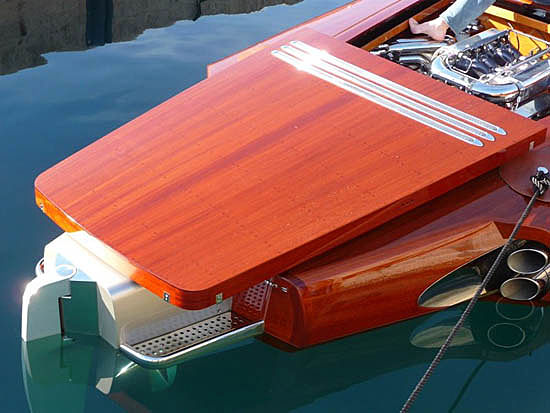 Having taken delivery in early December, the custom built Alpha Z, of which nothing of her ilk has ever been seen in European waters, felt like the most important present under the christmas tree, but out of arms reach. The suspense was almost unbearable! After what seemed like an eternity, the boat was lowered into the water on the 19th of January 2010 and as her weight was released from the lift, her hull nestled into the cool winter Mediterranean and she looked blissfully at home. 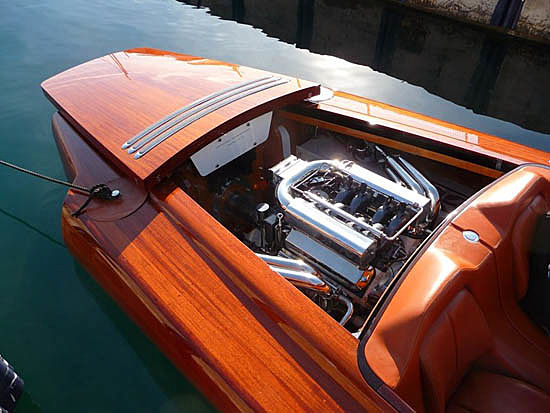 Our man Richard Callender from SuperYachtTimes.com was on hand and snap happy during the preparation and launch. Then came the first outting in this genuine wolf in sheeps clothing. The water trickled down the hull and the engine was grumbling, begging to go faster. With the harbour walls behind us I relented and started to feed in the power with the meaty, man sized, American gas pedal, up onto the plane quickly she effortlessly accelerated up to 70+ knots. The experience was so sensory, the music from the massive organ pipes, the hull smashing the water, the acceleration, the view of the sculptured mahogany deck is entirey encapsulating and addictive. With the engine on song, all aboard were smiling and the rooster tail shot ten meters up; it was a pure octane fueled adreniline rush and all are still on a come down.

Stayed tuned for more updates on the summer debut of this most unique of speed boats.

By the owner of Alpha Z