Home > News > The Burger Boat Shadowl cruising in the BVI’s 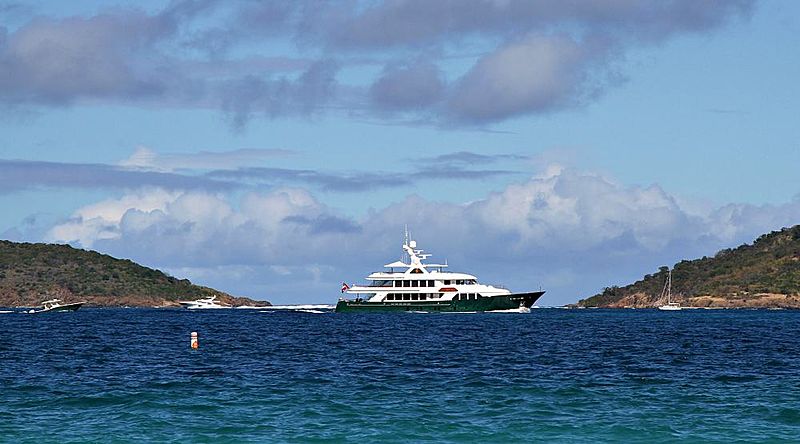 The Burger Boat Shadowl cruising in the BVI’s, Caribbean

Launched at the Burger Boat shipyard in 2010, the 43.3mShadowl(ex.Sea Owl) is seen here cruising in the British Virgin Islands. Custom designed and built for an experienced American family,Shadowlis the result of an all-star collaboration between the American shipyard, designer Andrew Winch and Vripack naval architecture. The family commissioned a second yacht shortly after taking delivery ofShadowl, namelySea Owl; a 62 metre Feadship also designed by Andrew Winch, which was delivered in 2013.