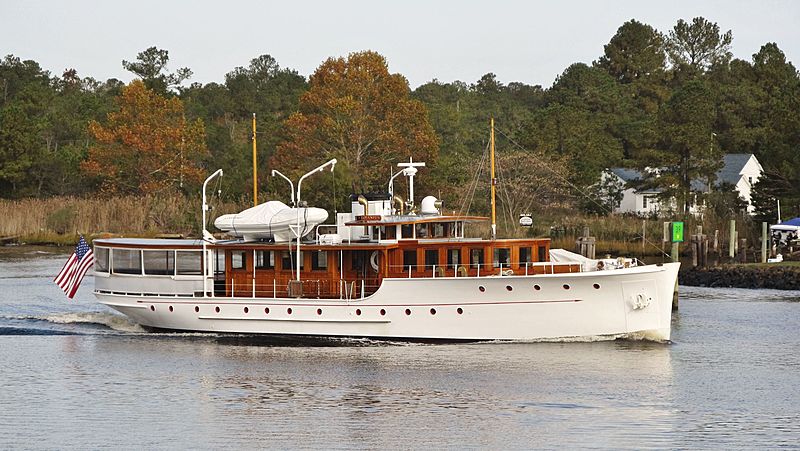 Photo: William BaxterAfter nearly a century of operating as a private yacht and civilian naval vessel, the 28.4-metre motor yacht Olympus remains in as a good shape as she was when launched in 1928. Life for the vessel started in the state of New York where she was built as Junaluska for the then head of the New York Stock Exchange by boat builders, New York Yacht Launch & Engine Co. In the following years she was relocated to the American west coast where she served her country in WWII. She would remain in the Pacific Northwest until 2016 when her current owner acquired the vessel and had her shipped back to her home state where she operates as a charter vessel today. Here she is seen cruising on the Atlantic Intracoastal Waterway in Chesapeake, Virginia.