Home > News > The classic connection: Falling in love with Atlantide

The 37.28 metre Atlantide is undoubtedly one of the most beautiful classic yachts in existence today. Originally built in 1930 by the Philip and Sons shipyard in Dartmouth, England, she has lead a fascinating life. From surviving her enlistment in the WWII efforts, to serving Italian aristocracy in the 80s, to falling into disrepair and being picked up by the legendary late yachtsman, Tom Perkins, in the late 90s, she has beat the odds stacked up against her. Charming owner after owner, each as in love with her as the last, she has been meticulously maintained throughout her lifetime, and today, is in better shape than ever before. 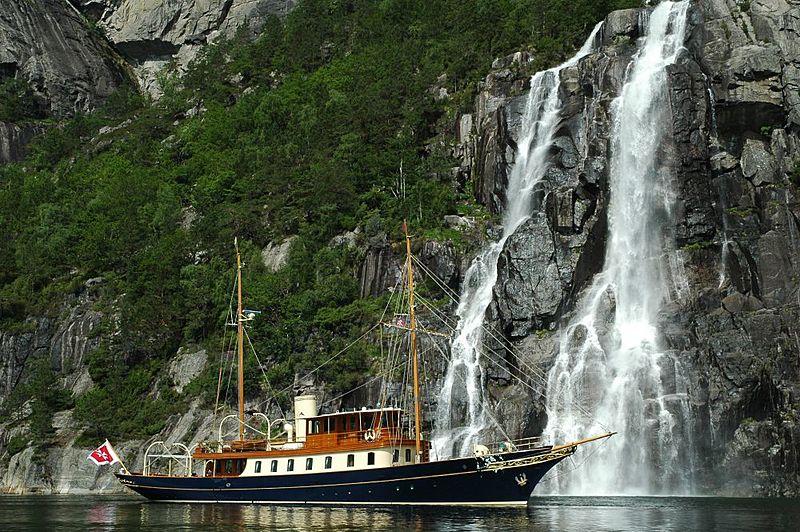 Richard Fairbanks, together with his wife, Leslie, are the latest in Atlantide’s impressive line of loving owners. Here we talk to Fairbanks about what exactly attracted the couple to Atlantide, and why they have no plans to move on any time soon.

You purchased Atlantide in 2012 - did you own a yacht before taking ownership?

Yes, we owned several larger Feadships and cruised the world with friends and family. The most recent one was named Northern Light. She had a John Munford designed interior with fluted mahogany columns and custom designed furniture made by Munford. Extensive artwork accented this classic gentleman’s yacht.

Atlantide has topped several lists of the world’s most beautiful classic yachts, but she is, perhaps, not quite what the majority would look for in a new vessel. What were you looking for when you purchased Atlantide?

Atlantide found us… We were not planning to purchase another yacht at the time. One look at Atlantide and Leslie woke me up at 2:30 in the morning to show me photographs of “the prettiest boat she has ever seen.” A few days later we were sailing her along the coast of Majorca, and found Atlantide to be a masterpiece inside and out.

Restored by legendary yachtsman Tom Perkins and his designer Ken Freivokh, who claimed it to be the most expensive restoration per foot of any yacht, she shows it from her museum quality collection of Lalique crystal, to a one-of-a-kind antique Bugatti teak and mahogany tender (complete with a handmade single cylinder 2 hp Bugatti engine personally built by Ettore Bugatti) to her gleaming classic Gardner diesel engines. Atlantide’s Ettore Bugatti 9’ power launch is especially cherished among Bugatti aficionados for her unique history in the Bugatti legacy and her rarity.

Atlantide has a wonderfully storied history; starting with her design by legendary Alfred Mylne, designer of the Royal Yacht Britannia, for yachtsman Sir William Burton. A little more than a decade later she played a heroic role in rescuing, while under fire, English and French soldiers stranded in the Battle of Dunkirk. Did the rich history of the yacht attract you to her?

Yes, Atlantide’s rich history very definitely appeals to us and we are particularly drawn to yacht, automotive and architectural designs of the 1930s and the art deco period. At the time Burton commissioned Atlantide, he was helmsman of Sir Thomas Lipton’s Shamrock IV, the J Class challenger for the 1930 America’s Cup, and Burton used Atlantide as a tender for a succession of J Class yachts. 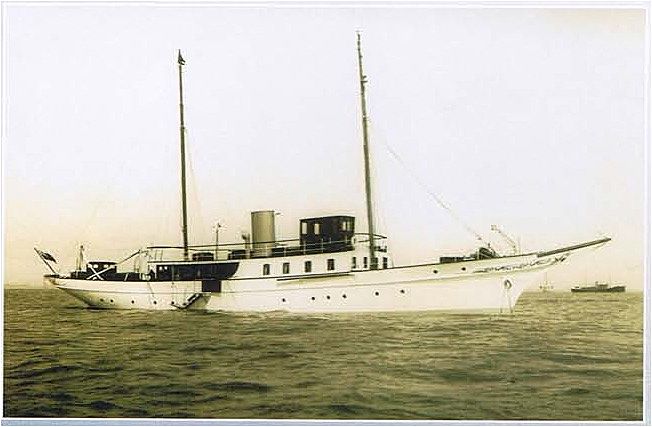 Tom Perkins followed suit and Atlantidewas used as a tender to his beautifully restored 1915 Herreshoff twin-masted schooner Mariette. On a smaller scale, we use Atlantide as a tender for our 1903 Herreshoff cutter/racer while competing in classic boat regattas in New England waters. Atlantide’s timeless beauty has seduced one dedicated owner after another to care for her and in return she has given her owners more than a million miles of sailing pleasure.

Where do you tend to cruise with Atlantide?

Until things settle down in the eastern Mediterranean, we will cruise the U.S. East Coast and Canada from the Chesapeake to Montreal, and possibly, western Greenland. We have cruised all over the world and our very favorite cruising waters are coastal Maine. The protected calm waters of the pristine deep bays, diverse wildlife and thousands of islands to visit and explore are always a pleasure for our family and guests.

We never get tired of this area and can take a different passage home every trip. It was important to us that we could maneuver into tight coves and onto smaller docks found in coastal Maine, and Atlantide allows us this up-close look. Hearing a pilot whale and calf breathing alongside in a morning fog before you see them is an unforgettable memory. 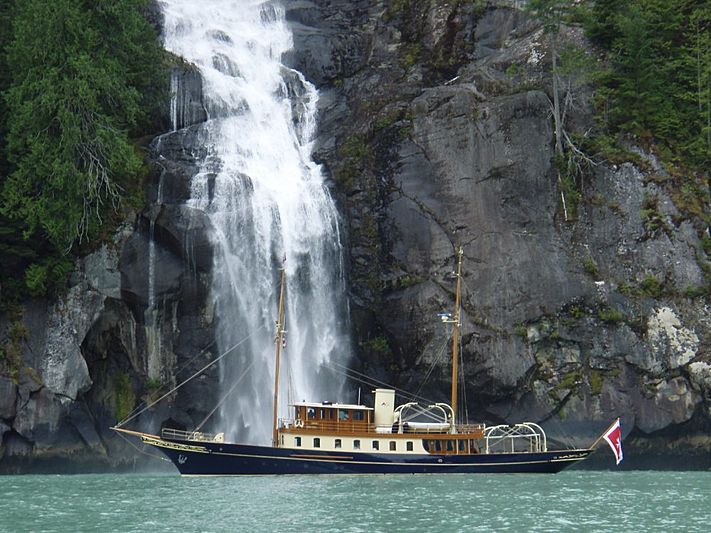 A charter experience on board such a fascinating and gracefully restored vessel would definitely be a one-of-a-kind experience. Is charter something that you would ever look at?

We do not charter Atlantide, and have no plans to charter her!

Since her rebuild completed in 1999, Atlantide has been kept in pristine condition. Do you plan on doing any work to her in the future? 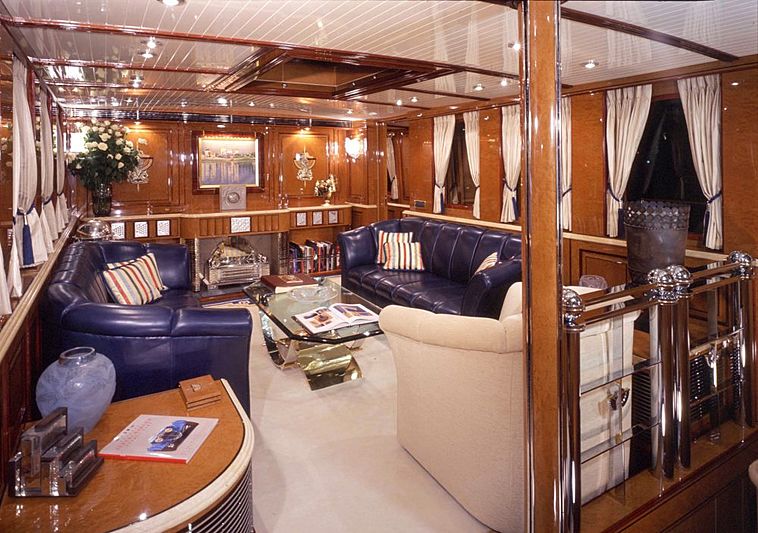 This interview was featured in the ninth edition of the SuperYacht Times bi-monthly newspaper.