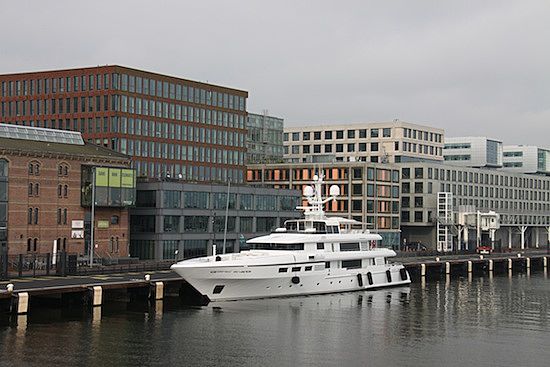 The 51 metre Emelina built by Codecasa, launched in 2008, arrived in Amsterdam on sunday night, where SYT's Maarten photographed her this morning. The interior, designed by Della Role along with the U.S. owners, has been decorated in a classical Italian style. The materials used on board are mainly mahogany and mahogany plume for the walls and light marbles for the bathrooms. She is powered by twin 3516B Caterpillar engines, producing just over 2400 HP.