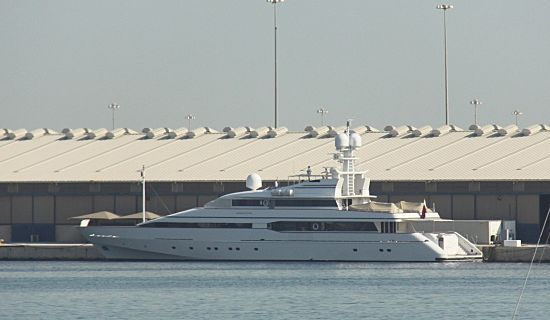 Maracunda is a yacht that we do not get to see very often. She is often berthed in Doha, Qatar, in a commercial part of the port. The yacht was delivered in 1990 by Ancona based CRN, as a fully custom project. Since her launch, she has seen a number of refits, including one where she was lengthened. She received a new stern at MB92, that incorporated a swimplatform.