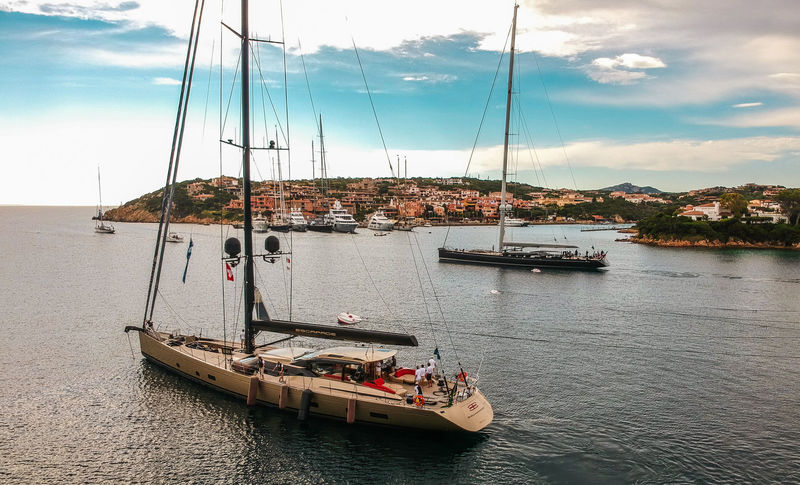 Photo: SuperYacht TimesSeen here departing the Yacht Club Costa Smeralda in Porto Cervo are the two sailing yachts Escapade and Ganesha. The all-aluminium Escapade is a 37.5-metre sloop built by Fritzroy in New Zealand for first-time European owners and features sleek lines and a slender silhouette. The larger 46-metre Ganesha is a Vitters creation that was launched in 2013. A regular on the race course, the yacht is named after the Hindu symbol which is reflected on the yacht’s spinnaker that is so often visible during events on the regatta circuit in the Mediterranean and Caribbean. The two yachts are captured here heading out to sea on the third day of the annual Loro Piana Superyacht Regatta on the island of Sardinia.