Home > News > The Eagle has landed: On board the first Sunreef Supreme

Though by no means one of the largest superyacht markets in the world, Singapore - and the rest of Asia - are slowly but surely seeing a rise in interest in the yachting lifestyle. A case in point demonstrated at the latest edition of the Singapore Yacht Show, where SYT was invited on board the very first Sunreef Supreme catamaran, which was delivered to her Singaporean owners, Julian and Lisa Theng, on the very last day of the show. Named Eagle Wings, here we talk to Julian about his introduction to the industry, his plans for the boat and the growth of the maritime industry in Asia. 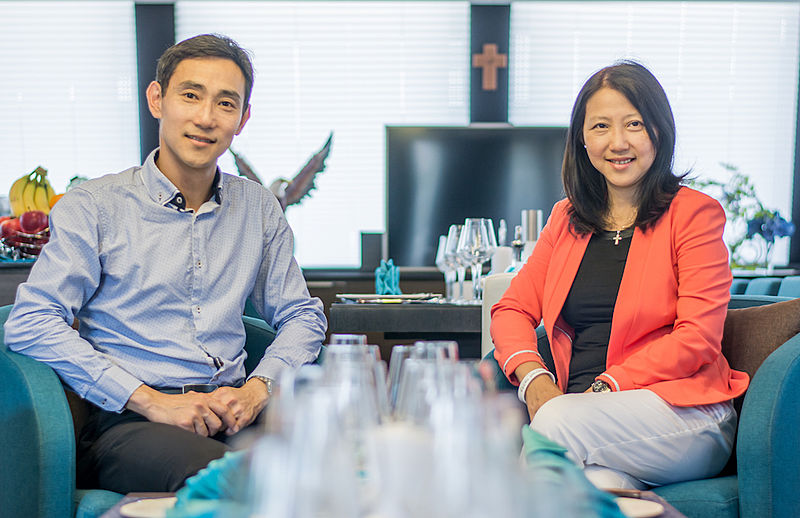 I’ve always loved the sun, the sea, the beach, and the outdoors. Since I was a teenager I loved fishing. I would see boats in the distance going to and fro, and I said to myself, “I have no catch here. How great would it be to drop my line off the boat?” So that’s always been my dream since I was young. To have my own boat, to be out there.


When did you start looking for a boat to own yourself?

I never thought that I would own a boat until last year, when my sister invited me to the Singapore Yacht Show. I brought my youngest son along - he was very excited. It was wonderful and we were wowed. After the Show, it wasn’t over. My sister made me promise not to buy a boat right there and then, but after that my son was on the internet everyday looking for boats. The passion continued to grow, and I started to email a lot of local and overseas agents.

One night, a lady rang me from Poland and said, “I hear you are looking for boats?” She responded the same day I sent the request. I sent this out to so many local agents, and none responded as quickly as this. She told me the boat I wanted, a second hand boat, was available.

Eagle Wings is your first yacht and it’s certainly not second hand! How did you come to the decision to purchase?

The broker asked about my family needs and quickly realised that I was a family guy, and someone who likes space. She told me that if I was interested, they had a prototype that had not yet been made. It would be the first in the world.

I told her I wasn’t really looking for something new… but then I thought, why not? She made me sign confidentiality agreements, and I immediately received the pictures and I just thought, ‘Wow’. Of course the price tag was different, but for the amount of space I got, I started to consider it. She then went up another level, it was a 50+ footer, then a 60+ footer. I wanted to have cabins on board for my family. It began in that way. She was very convincing. 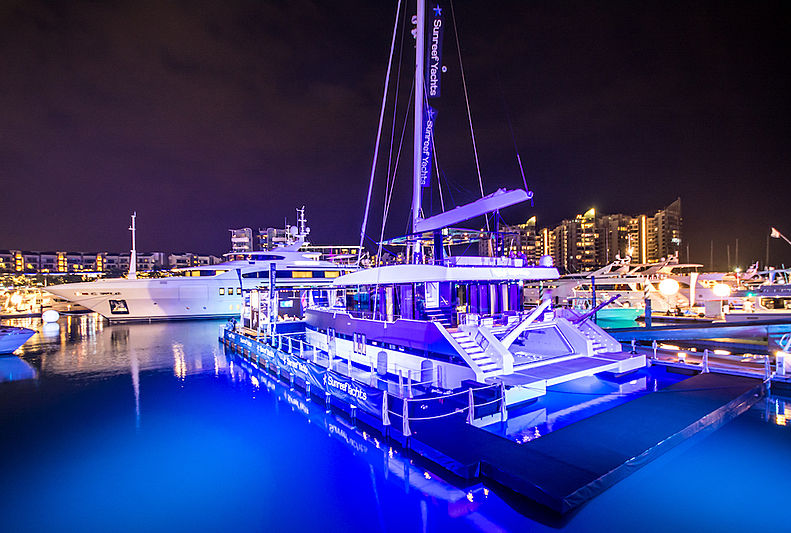 Before you were involved in yachting, what was your perception of the yachting lifestyle?

I didn’t know that much about the superyacht lifestyle. Owning a yacht was always a dream for me, but I never considered it. I have a very busy practice, and the most we could do before this is charter boats once every three months. I thought, ‘how often am I going to bring the boat out?’ To be honest, when I first started this I thought this is beyond my reach to indulge this much. I could afford it, but it was a lot to pour into a luxury in which I would only use intermittently!

I actually share the boat with my sister. We’ll have a nice charter service. Our priority is to enjoy it, that is the driving force.


In the future will you look for an even bigger boat?

Before this I thought that this was final, of course, but - and I can’t believe it - in the past week we have actually been talking about that. It’s crazy. Just talks, and we’ll definitely enjoy the boat first and see if the charter thing works out.

Will you charter her out locally?

Yes, you can go on four or five hour long charters, that’s quite popular here in Singapore. Hopefully that means that I can upgrade to a bigger space to accommodate even more people in the future.

Is the yachting lifestyle suited to Asian culture?

I think so. It's just an alternative way of getting together and bonding with different people, whether that’s family, friends, or business relationships. It’s a great alternative for me and I think it’s growing in Singapore. I would say that Singaporeans are not that aware of the yachting lifestyle, but with the Singapore Yacht Show it’s starting to make people think it’s an option.

I think expansion plans are being talked about quite a lot here in Singapore. It’s exciting to hear they are building marinas around the region, so you can go from one to the other.

Will you be following the yachting industry a bit closer now?

Certainly. The passion is there and I am in it. I have been ploughing through so many magazines over the past months, finding out about yachts, what people do on them, the different designs. I must say that I am a very happy boat owner today!


The full interview with Julian Theng is featured in the latest edition of the SuperYacht Times newspaper. To read more, subscribe now and never miss another issue.