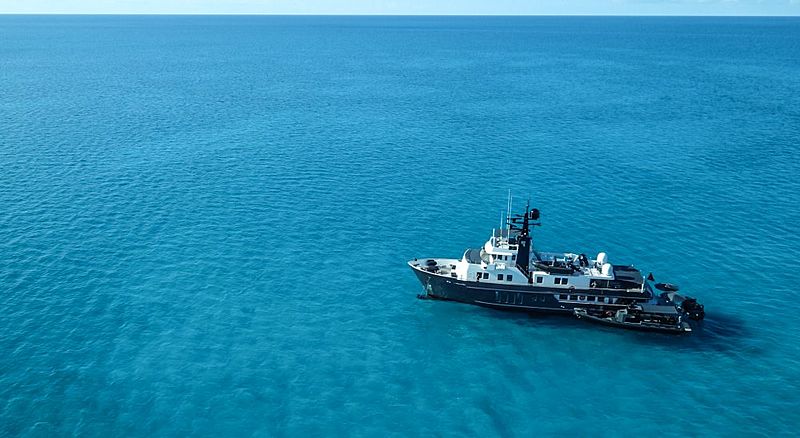 Originally launched in 2003 as Private Lives, the 38.72-metre superyacht RH3 was built at RMK Marine in Turkey. The yacht recently underwent an extensive refit at Rybovich in Florida, overseen by Vripack. Her new calming interior is the work of Belgian architect, Vincent van Duysen. RH3 is designed for adventure with a range of 3,000nm at 10 knots. Alongside her in this photo is her custom 50ft chase boat named RH4. She was recently seen in the Exuma Cays in the Bahamas.