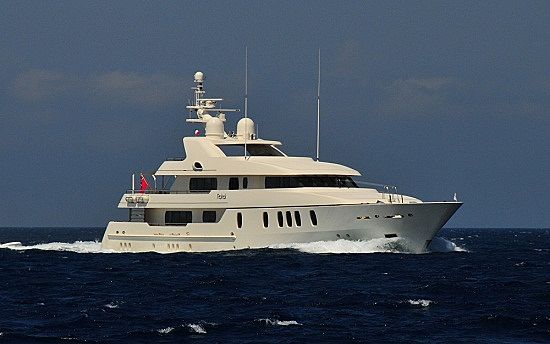 Rahal was built in 2003 at the Feadship in The Netherlands, to a design by British superyacht designer Terence Disdale. The yacht has been kept strictly private by her owners, and she has her home berth at the International Yacht Club Antibes. She is powered by twin 1000 HP Caterpillar 3508B-DITA Diesels, and cruises at 13 knots.

By Maarten Janssen, photo by Gushl