The Ferretti Group has unveiled the shipyards new flagship in their semi-displacement line, the Navetta 37. The 37.04 metre vessel is the largest Navetta ever to be built in the Custom Line, and was presented at the latest Yacht & Brokerage Show in Miami Beach. She is set to make her debut in summer 2016, coinciding with the Custom Line’s 20th anniversary. The new yacht is the outcome of the close cooperation between Ferretti Group’s Product Strategy Committee, the Research and Development department, and Studio Zuccon International Project. 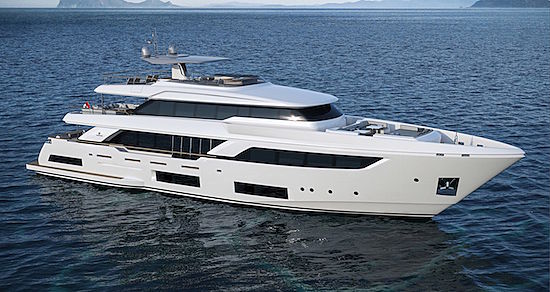 Like all Custom Line Navetta yachts, she is conceived for long-range cruising. She has clean and essential lines, with the new design on the front of the hull being of particular note with the bow rising up to the first superstructure level, resulting in a striking look and more spacious interiors. She accommodates guests over five luxurious cabins, four of which are located on the lower deck, whilst the owner’s suite is located on the fore of the main deck. She also accommodates a crew of up to 6 on the lower deck. 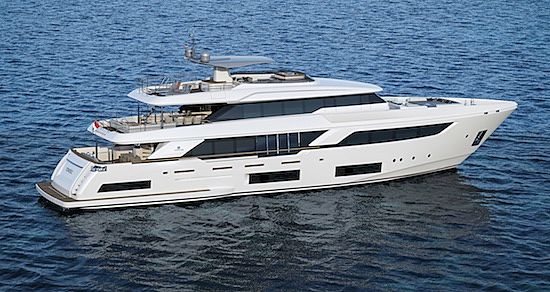 Her outside areas are spacious, and provide ample space for relaxation and entertainment. The panoramic cockpit is a fully customisable large aft lounge, which includes an area to enjoy the best of al fresco dining, whilst the sundeck is entirely dedicated to the guests experience. The aft area, which can be furnished with free-standing furniture, leads to the central section, fitted with a grill, a refrigerator, and an ice-maker. After the central sofa with table are the access area to the Jacuzzi and the large forward sunpads, and the hardtop is supported by two imposing columns. As an alternative, the hardtop can be supported laterally by a roll bar - a solution that further increases the useful area in the central part of the deck. 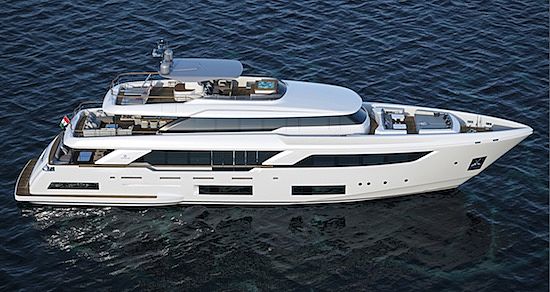 Elsewhere, she features the patented Dual Mode Transom which allows the movement of the garage door upwards and downwards, making technical operations easier and creating an outdoor beach area which has now been joined by an additional indoor lounge. The garage - able to house a tender of up to 5.5 metres - can also be partly covered by a concealed floor which further extends the indoor beach area. 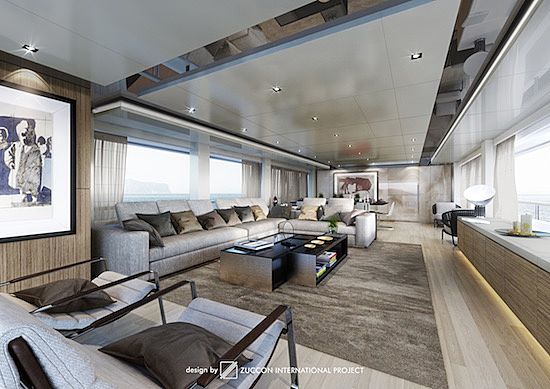 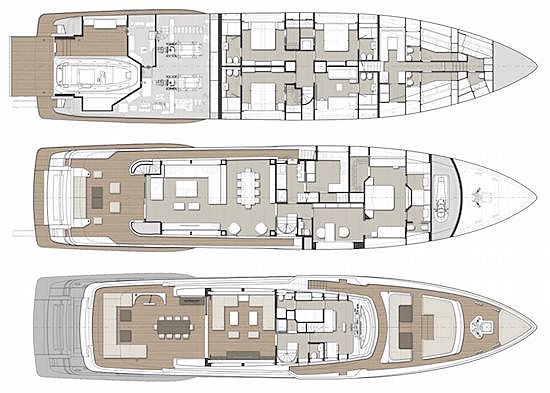 Ferretti Group COO, Stefano de Vivo comments on the new vessel, stating, “Excellence in the widest and highest sense of this term: this is the word that best represents the new Navetta 37, which is the heir of so many generations of successful yachts under Custom Line’s brand, but also a vessel boasting state-of-the art technology and design. Announcing it as a world première in Miami was a strategic move, as the American yachting’s 'capital city' is a reference hub for some of the brand’s historically and best-performing markets.”