The first hull of the new Ferretti 750 line was launched at the Ferretti Group marina of Cattolica, in Italy. The world premiere of this yacht will take place at the coming edition of the Festival de la Plaisance, in Cannes, and then will be put on display at the International Boat show in Genoa. 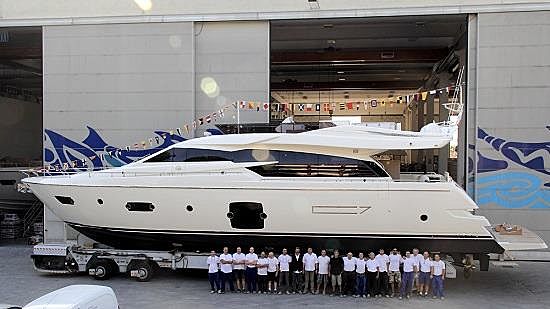 The Ferretti 750, featuring a 22.75 metre overall length and a 5.70 m full beam, is the evolution of the successful Ferretti 720 series. This model results from the settled collaboration between Studio Zuccon International Project, AYTD – Advanced Yacht Technology & Design and the Ferretti Group’s team of engineers, architects, and designers.