The very first Otam SD35 superyacht is nearing completion, the Italian shipyard has today announced. Named Gipsy, the 35 metre vessel is 80% complete and has been built for an experienced Italian owner. Both interior and exterior design comes from the drawing boards of Tommaso Spadolini. 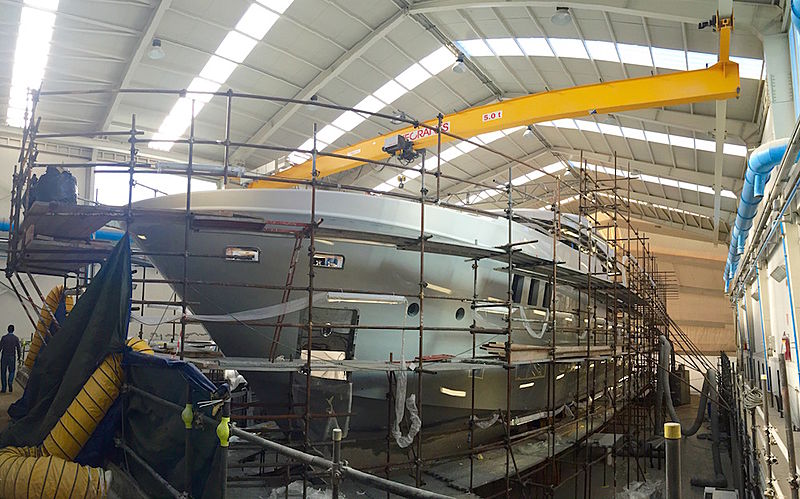 During a recent visit to the Otam yard from the SYT media team, we were able to view the work in progress. The hull and superstructure are finished, the yard report, as is all the painting. Propulsion systems and generators have been installed, while the interior is almost completed. 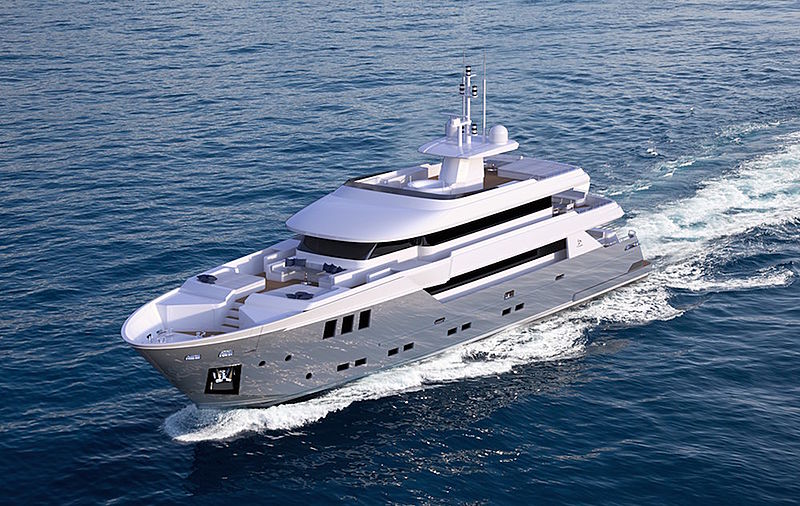 The main deck features large spaces, including an almost 40 square metre main salon with a cinema and a full beam dining area forward. The main deck also hosts the service areas, with a fully furnished galley and a 25 square metre pantry with separate access for the crew. 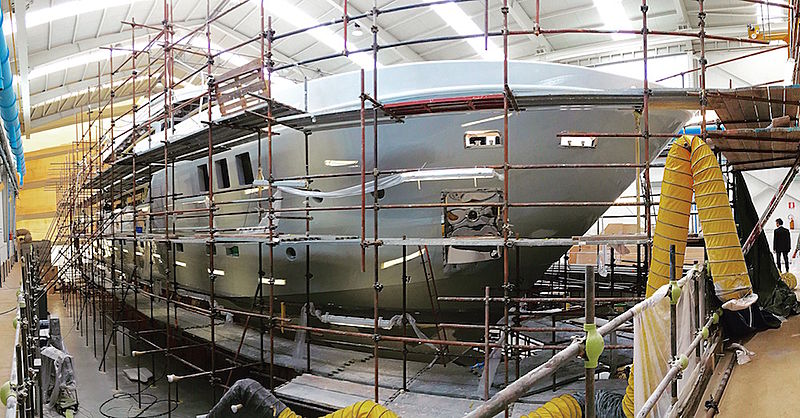 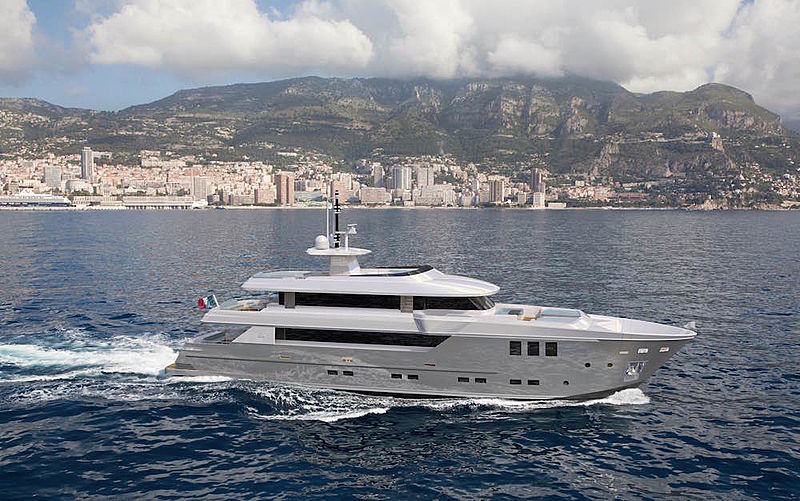 She hosts guests over four en suite VIP cabins with twin and double beds on the lower deck, in an area connected by a hallway to the crew's quarters. The upper deck is dedicated to the owner, offering exclusive views and complete privacy - a part of the design of the vessel in which was expressly requested by the client. 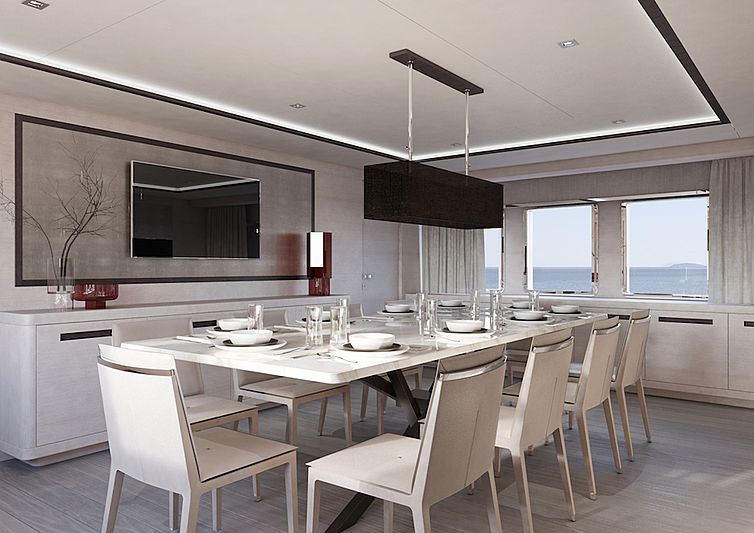 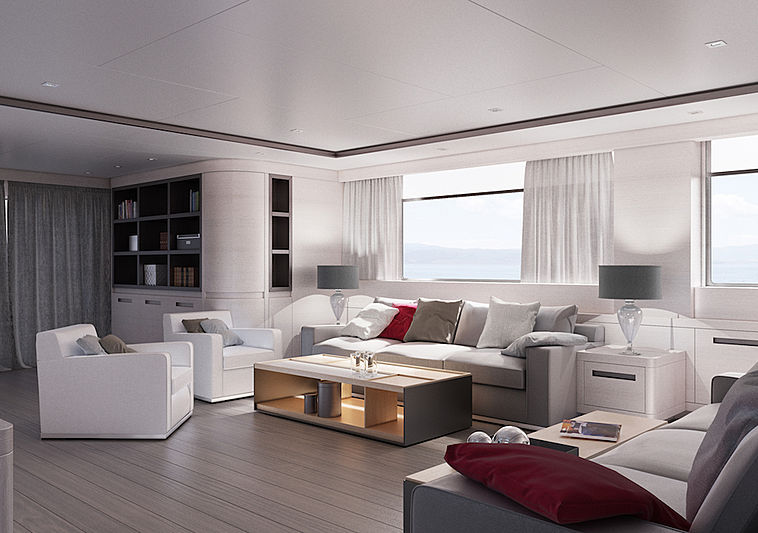 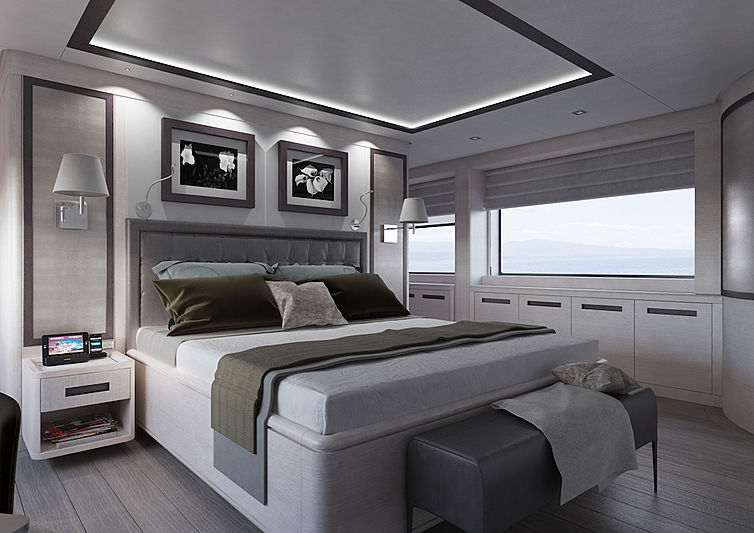 In regards to performance, Gipsy features a semi-displacement hull that will give the Otam SD35 a top speed of 22 knots and a range of 1,000 nautical miles at 11 knots.

Following her launch scheduled in just a couple of weeks time in early June, Gipsy will make her official debut at the upcoming edition of the Monaco Yacht Show in September.