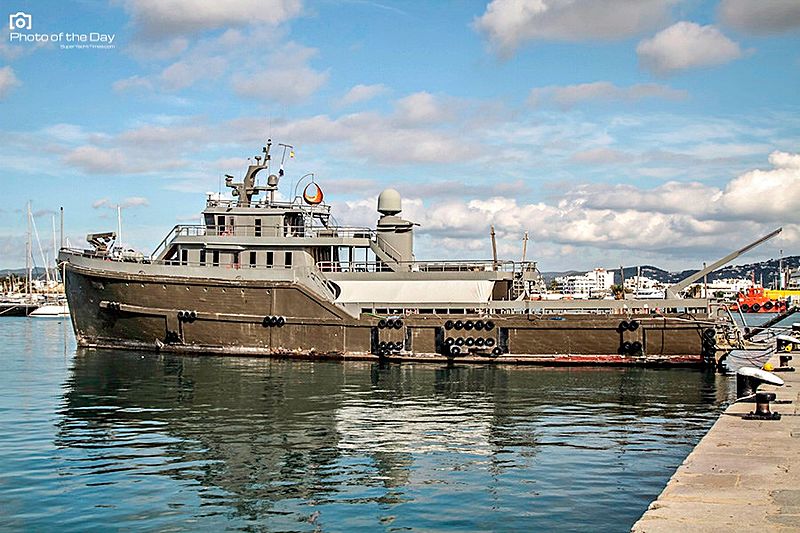 First having made an appearance in the superyacht world in 2012, Mojo’s story is a colourful one that dates back to 1958. After serving in the Royal Navy, the South African navy and finally as the R/V Belafonte in Wes Anderson’s Disney film, The Life Aquatic with Steve Zissou 40 years later, the vessel was bought by her current owner in 2006 to be converted as a luxury yacht. The six-year restoration project took place in Dubai, and after a season in the Middle EastMojo was moved to the Mediterranean and can often be found spending time around the Balearic Islands. Take a closer look inside Mojo here.

From minesweeper to superyacht, the story of Mojo