“I always remember the designs which enabled a good and lasting relationship with the owners with the most passion,” Italian designer, Francesco Paszkowski, asserts, founder of the international yacht design studio bearing his name. 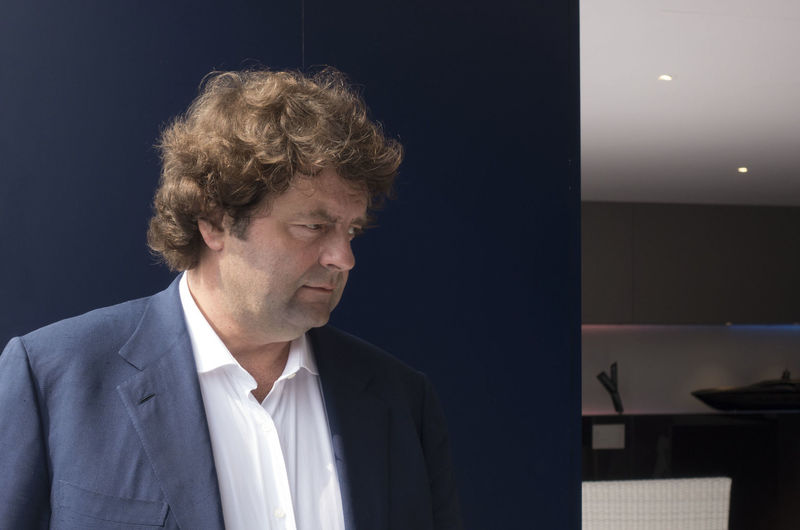 Over a career spanning 30 years, Paszkowski has designed an extensive fleet of yachts, ranging in size from a modest 24-metre superyacht to 70-metre technical marvels on the sea, including custom, semi-custom and production vessels. One of Italy’s most sought-after designers, Paszkowski has won numerous international awards for his design work, including five commendations and awards in the World Superyacht Awards. And with several superyachts currently under construction with his credentials - including the 50-metre Heesen Project Alba scheduled for delivery in January 2018, and the first hull in the new Ferretti Custom Line 120 range scheduled for completion soon - we recently sat down with Paszkowski to hear about his stand-out superyacht projects, the importance of strong relationships to creating successful yacht designs, and where the future of truly innovative yacht design is heading.

With its headquarters nestled in the Florentine foothills, Paszkowski’s studio is Italian to its core. With both Polish and Italian heritage, Paszkowski was born in Milan and moved to Florence with his family at a young age, where his passion for yacht design was first kindled. In 1987, he began his early training alongside the late Italian architect Pierluigi Spadolini, a man who would have a tremendous influence on the young designer.

“I will never forget the time I spent working alongside Pierluigi Spadolini. The four years I spent with Pierluigi and his son, Tommaso, were fundamental in my development as a designer. He was a genius with an uncanny perception of dimension and balance who taught me the tricks of the trade at a time when the hull and superstructure lines were created using lead weights, splines and slide rules,” explained Paszkowski.

After working with Spadolini for four years, Paszkowski made the major decision to launch his own studio in 1990, after gaining experience working for a shipyard in Singapore which specialised in yacht building between 28 and 32-metres. With this launch came the inevitable uncertainty for Paszkowski. “I had fallen in love with yacht design. I was young at the time - when you feel you can decide your future. I had to do it alone. At that time I didn’t know what would happen of this decision, I hoped to get somewhere but I didn’t know where. I knew I had to work hard and I was not afraid of doing it.”

Francesco Paszkowski Design has come a long way since Paszkowski was timidly venturing into new waters. With an impressive record of deliveries, the company has put pen to paper for a vast array of shipyards worldwide, including the first of their many collaborations with the Italian shipyard Baglietto in 1992, as well as Sanlorenzo, Heesen Yachts, CRN, ISA Yachts, Tankoa Yachts and numerous others. 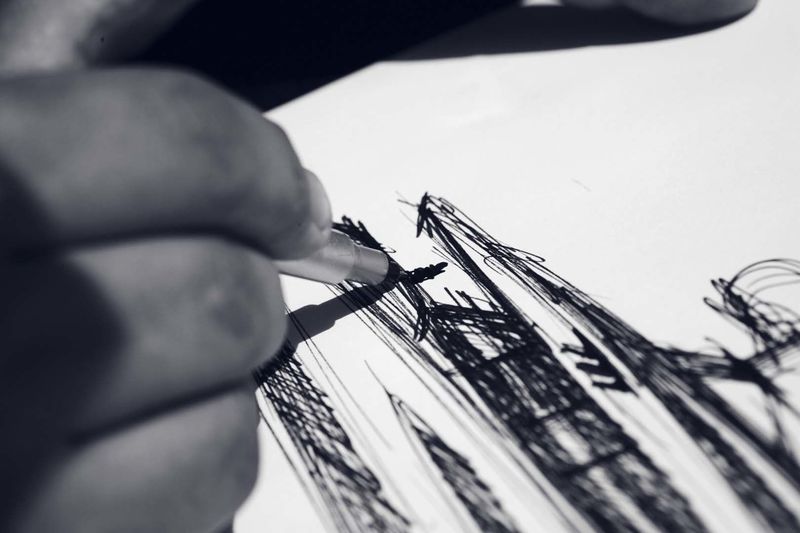 That said, one of Paszkowski’s earliest influences is still visible in his design philosophy today. Despite Spadolini’s death in 1990, he is still a role model for Paszkowski, appearing in a framed photograph in Paszkowski’s office. Specifically, Spadolini’s technique of hand-sketching his designs remains an integral part of Paszkowski’s current design process. As Paskowski explained, “Spadolini was a master draughtsman in a time before computer renderings. Although CAD drawings are now indispensable, the best moment of my job is when I am alone and I can draw by hand and find the balance between exterior and interior, between heritage and future, between technical and aesthetic aspects, to get at the final result of a complicated creative process: the yacht itself.”

When discussing any new yacht design, the term ‘innovative’ is all-too-easy to use without careful consideration, and the question of what innovations designers might come up with in the future is constantly being posed in the yachting industry. For Paszkowski, however, future innovations cannot be achieved without careful planning and effort. “Innovation is always being requested from designers. This is not so easy, however, as it must be related both to the technological aspect and to the design aspect of a yacht. Innovation is the balance between exterior and interior enhanced with something new. Details are fundamental and make the difference to creating innovation; details are the arrival point of the design process.”

Over the last six years, Francesco Paszkowski Design has demonstrated its genuine commitment to promoting the future of yacht designs through its partnership with the Politecnico University of Milan: a partnership which supports collaborations with tomorrow’s generation of designers through educational programmes. Paszkowski told SYT that a recruit from one of these programmes is still working for the design company six years later: a clear testament to the partnership’s success. As a consequence, the company has expanded its reach and is now taking on young people from other yacht design schools into its educational programmes.

It is the mix of different experience-levels and ideas which contributes to the success of these schemes as far as Paszkowski is concerned, although he admits that the lessons the young designers learn while working for his company can be tough. “They come from different countries: it’s very interesting to have so many people from many different cultures which enables an interesting and fruitful exchange of views. Young people always bring new ideas. I think a team consisting of experienced people and people willing to learn is very fruitful for the design process. If they understand how difficult this job can be, they are half of the way there.” 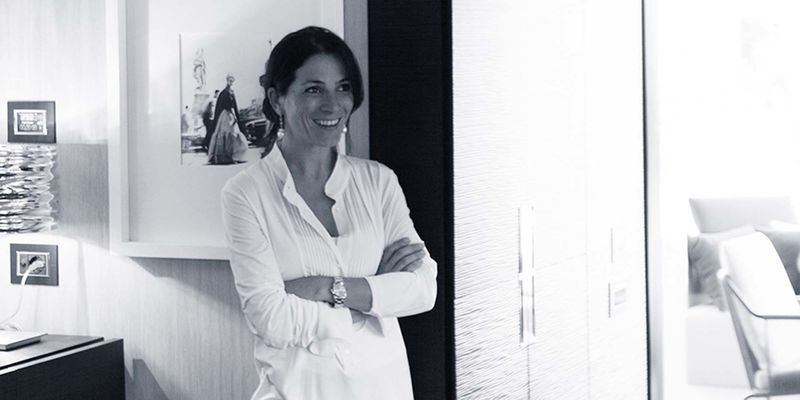 Speaking to Paszkowski, it soon becomes apparent that it is the strong, long-term relationships which the design company has with clients and colleagues which have underpinned their success. This includes their long-term working relationship with the architect Margherita Casprini, who collaborated with the company on the interior design for two of Paszkowski’s most recent projects, the 50-metre Project Alba and the 55-metre Project Antares (currently under construction at Heesen Yachts and scheduled for completion next year) to their relationship with Heesen themselves, which spans over 20 years.

“We are very proud that our firm has been working with Heesen since 1996. At Heesen, every detail is considered with precision and accuracy and set right down to the finest point while designing. You don’t have any unexpected obstacles during the building process, as everything is agreed beforehand,” Paszkowski explained.

Paszkowski approaches his projects personally and with a genuine passion distinctive among designers. When asked which of his design projects is his favourite to date, he told us that “every boat is like one of your children. You like all of them in the same way, you see them take shape and love all the aspects of the design process from the very first idea and first sketch to the final result.”

This personal approach is also highly valued by Paszkowski in his clients, including, most recently, the experienced owners of the Paszkowski-designed recent Project Alba, who have taken a hands-on approach to the project. “When we talk about superyachts, we are talking about luxury at the highest levels. Luxury is not just a matter of money, it’s something more. It’s the opportunity to own what you desire and to have the time to enjoy what you can buy. So it’s so beautiful for us when the owner likes to be involved in the design and building process,” Paskowski told us. 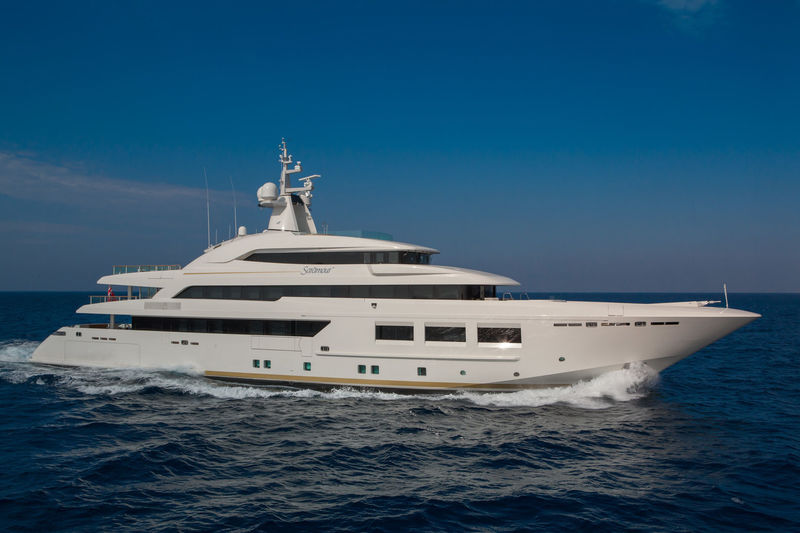 Through this approach, Francesco Paszkowski establishes both long-term, repeat client relationships, and sometimes even friendships too. He explained, “This happens especially with family boats. It is so important to establish a close relationship with them and to understand what they like and what they don’t – how they live their lives at home. As they are going to use their boat for their enjoyment, they care for the boat as they would for their home. We learn so much about an owner’s life, that we sometimes become friends with them. And when they ask to work with you for a second, or a third boat, well, then you’re really happy as you understand you did your work well.”

Understanding the personality of who they are designing for also places Paszkowski Design in a strong position for the future, where Paszkowski envisions an increasing number of owners looking for tailor-made, standout yachts which reflect their personalities, rather than yachts which only satisfy their commercial interests. “In the future, I think yachts will be used increasingly often for the owner’s enjoyment, instead of being used only for the aim of pocketing a quick profit from the resale. I think that owners will keep wanting to build distinctive yachts which mirror their personality.”

Returning to the question of what we can expect to see from the company in the next few years, Paszkowski’s extensive list of projects suggests that a bright future lies ahead for Francesco Paszkowski Design. “We are currently working on a sistership of the 50-metre Vertige, delivered by Tankoa in April this year, a couple of Baglietto yachts, the interiors of the two Heesen yachts, our first Custom Line for the Ferretti Group and on a superyacht for a repeat client – a direct owner, among other projects which, of course, I’m not allowed to talk about yet.” 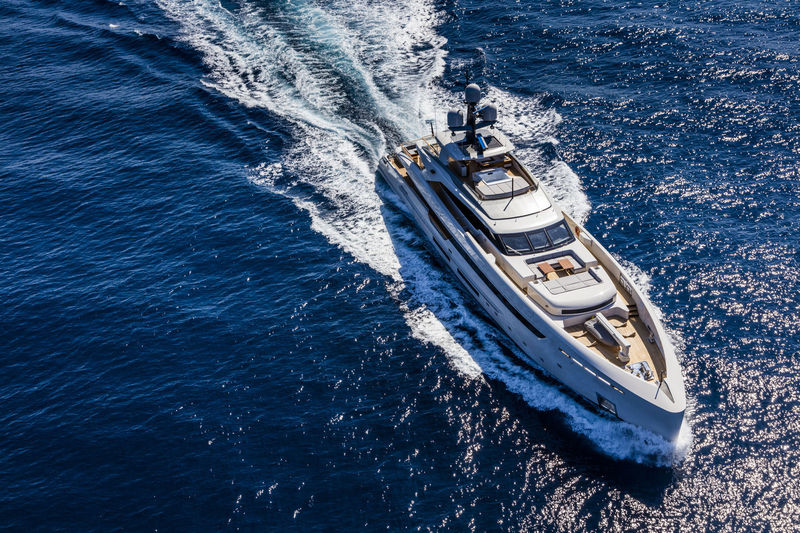 For Paszkowski, both the collaboration and the strong working relationships so important to his design ethos are also vital for improving the superyacht industry in the future. “It is not easy to find a formula for a more efficient and reliable industry. The human factor is of prime importance in regards to efficiency when there are so many players involved: yacht owners, owner’s representatives, designers, yards, and so on. It is not easy. All parties must work together with good will and with a strong sense of purpose to improve the industry.”

This article was featured in the lastest edition of the SuperYacht Times newspaper. Subscribe now to receive your copy straight to your door, and never miss another issue.