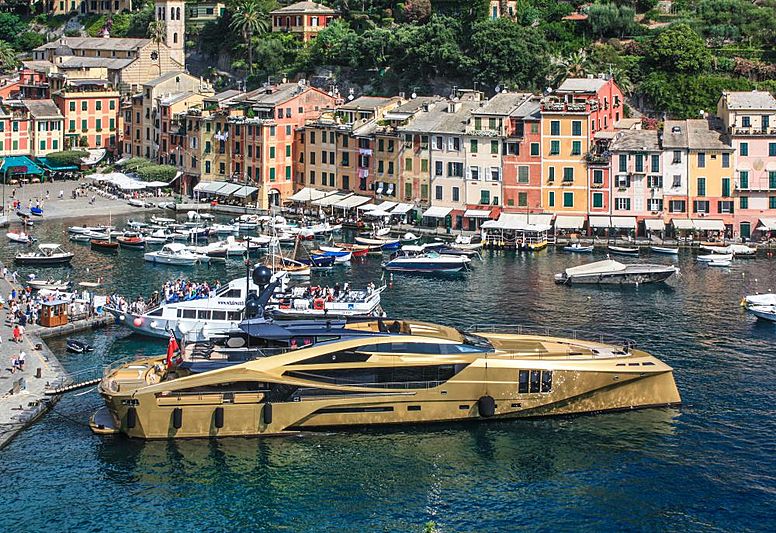 Enjoying her first Mediterranean season this year following her launch in 2014, the 48-metre performance yacht Khalilah has been spotted in various yachting hotspots this past summer season.Khalilahis the first yacht in a line of carbon fibre Supersport vessels created by American shipyard Palmer Johnson. The 48 metre hull was constructed in Norway after which it was moved to the company’s Sturgeon Bay, WI facility to be completed. The Supersport line has been designed with an innovative wave piercing trimaran hull, reportedly able to reduce fuel consumption by 50%. She is able to reach a top speed of 32 knots using her two MTU 2000 series engines which have been linked to an efficient CCP propulsion system, instead of conventional fixed pitched propellers.Khalilahis the largest yacht to have ever been constructed entirely from carbon fibre.