As part of our history series from revered in-house yacht historian, Malcolm Wood, SYT takes a closer look at yacht builders that are, for one reason or another, no longer in existence. Across these past two issues, we explore the Camper & Nicholsons shipyard of Gosport and Southampton in the UK. In part one of this yacht builder’s history, we looked at the early years of the yard’s production that covered all the sailing yachts. In this second part, we turn to the steam and motor yachts that they built over their two centuries of existence. 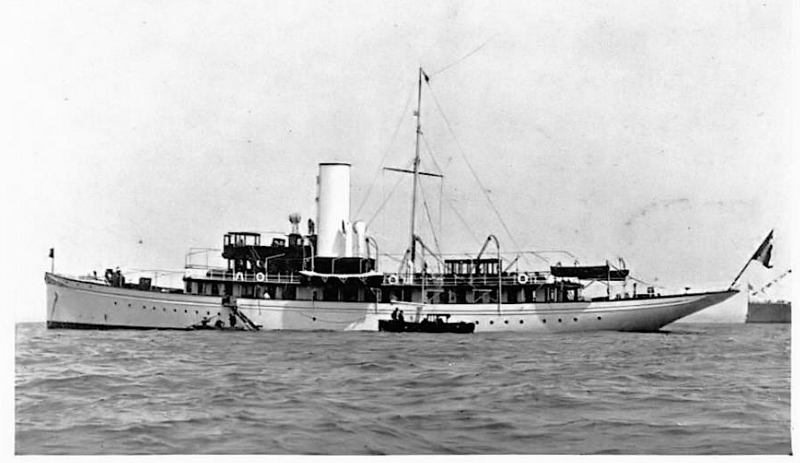 The first steam yacht to be constructed by the yard at their Gosport facility was the Wilia for the German Prince Saya-Wittgenstein in 1872. Designed by Ben Nicholson this yacht had an overall length of 45.4-metres and a length on deck of 41.6-metres and was powered by a Maudslay 40 nhp steam engine.

Of the 56 steam and motor yachts over 30 metres delivered by the firm, the largest prior to WWI were the 70.1-metre Miranda for Lord Leith, and the 71.5-metre Marynthea for H.J. Mason. They were built in 1910 and 1911 respectively. Another large steam-powered yacht built around this period was the 64.3-metre Sagitta for the Duc de Valencay. 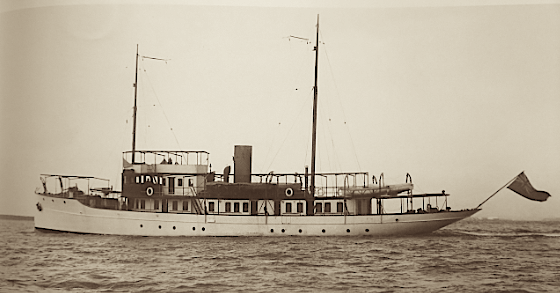 Large yachts had their hulls constructed by the J.I. Thornycroft or Day Summers yards as the facilities at Gosport were limited to smaller sizes. One of the most important large powered yachts delivered prior to the 1914-1918 war was the Pioneer. This 45.6-metre vessel was powered by twin 250hp Polar diesel engines – the first large motor yacht built in the UK and a true pioneer as a forerunner of today’s motor yachts.

Mention should also be made of the 65.1-metre Ara that had been ordered in 1913 and was delayed until 1917 owing to the default of her owner. Acquired by the French Government as a naval sloop, this vessel was acquired by William K. Vanderbilt II in 1922 and re-converted to a yacht. She was the first large yacht to be built at C&N’s Southampton yard. 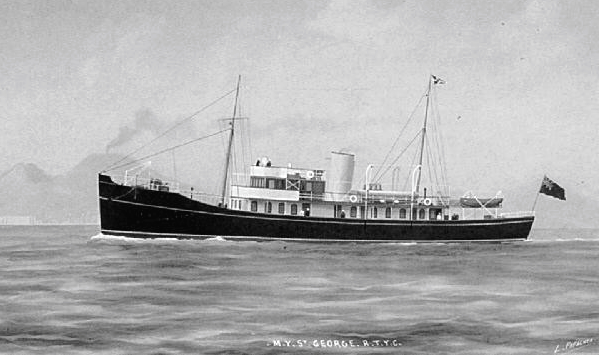 Photo: Malcolm John WoodPost-WWI, the emphasis turned to producing diesel-engined yachts in the powered sector. The first 30m+ power yacht completed after cessation of hostilities was the 40-metre Grey Mist delivered in 1920. This yacht is still in service today under her original name.

A further 14 motor yachts were delivered in the 1920s, including three over 60 metres. Owners included the Earl of Dunraven, Lionel de Rothschild, T.O.M. Sopwith and Mme.Virginie Heriot. During the 1930s, when times were affected by the Wall Street Crash, the company were nevertheless successful in acquiring 10 new large motor yachts orders. The largest of these was the 80.3-metre Philante for T.O.M. Sopwith, a long time client of the company. Philante was requisitioned by the British Government for war service in 1939 and renamed HMS Philante. In 1946, the yacht was returned to her owner and in July 1947 was acquired by the Norwegian Government for 1.5 million Norwegian kroner. The yacht returned to Camper & Nicholsons for a refit that year and was finally commissioned for King Haakon in June 1948 and renamed Norge. The yacht regularly sails with the Norwegian royal family and other Scandinavian royal invitees in the summer months.

Following the cessation of WWII, the days of the large luxurious motor yacht were at an end for the foreseeable future. The company, however, managed to gain several orders for 30m+ motor yachts in the early 1960s starting with the 31.1-metre Minona in 1961. In 1966 and 1967, two larger motor yachts of 45.5-metres were delivered to M. Paulin Richier of France, the Chambel IV and the Terancar Nitani to M. Barsi Mense of Italy.

Photo: Malcolm John WoodThe final two motor yachts over 30 metres were the 39.4-metre Stilvi for the Greek owner Z.L. Cambanis in 1974 and the 33.9-metre Araminta III for Sir Richard Prince-Smith in 1975. Although there were several motor yachts under 30 metres delivered in the postwar years it is believed the final one was the 27.7-metre Baobab for a Spanish owner.

Whilst the foregoing is a short precis of this prolific company’s power yacht output, it should be pointed out that Camper & Nicholsons also built a wide variety of naval craft, small cargo vessels, ferries, launches and other small commercial craft. This was in addition to their prolific output of sailing yachts that were covered in Part 1 of this article.

The ghost of yards past: Camper & Nicholsons - Part I