As part of our history series from revered in-house yacht historian, Malcolm Wood, SYT takes a closer look at yacht builders that are, for one reason or another, no longer in existence. This issue we cross the Atlantic ahead of the Fort Lauderdale International Boat Show to Stockton, California, to take a look at the yachts built by Stephens Marine. 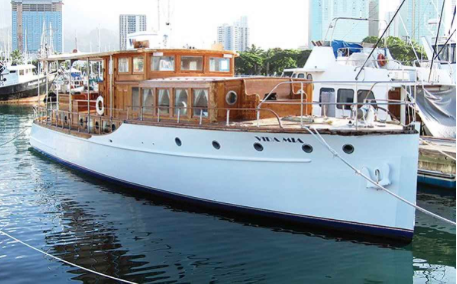 Founded in 1902 by Theodore and Robert Stephens as Stephens Brothers Boat Builders & Designers of Stockton, California, their first vessel was the sloop, Dorothy. A year later they had progressed to constructing motor yachts up to 15-metres and as a result re-located to a more permanent site on the Stockton channel that could accommodate future expansion.

One of their specialities was the design and construction of fast speedboats one of which, the Fred F. Lambourn completed in 1912, would enhance their reputation as builders of high-speed craft of high quality.

By 1929 the company had built their largest yacht to date, the 18.6-metre Vida Mia that survives today in excellent condition. Her hull number #580 would suggest that almost 600 boats had been launched by that time, the majority being private pleasure craft. In 1933, brother Thod (Theodore) died unexpectedly leaving Roy (Robert) to manage the company. Production continued apace until 1941 when the building of pleasure craft was suspended as the company started a major contract with the US government to construct minesweepers and air-sea rescue craft.

Many of these were converted to yachts following the end of WW II and I believe that there are currently several still giving sterling service today.

Roy Stephens decided to retire after the cessation of hostilities after successfully running the company after his brother’s death by handing over to his three nephews, Barre, Dick and Theo. 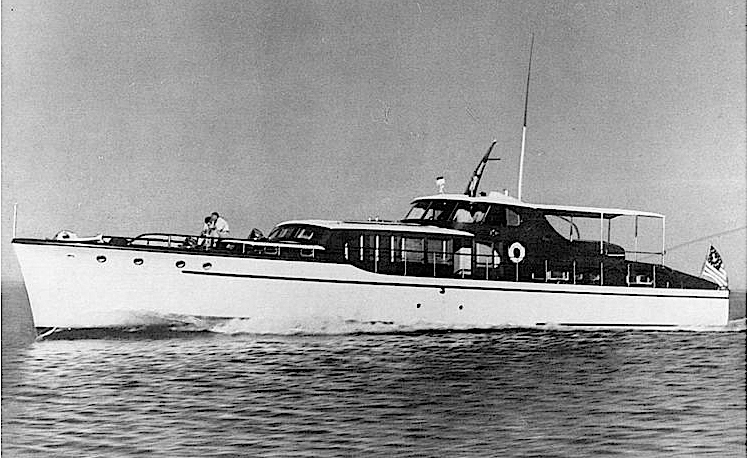 Whilst production continued strongly in the postwar period utilising Stephens’ standard hulls with custom designed interiors, there was an increasing call from customers for individually designed yachts. One of the largest and most notable of these was the 26.9-metre Westlake (#900) built in 1951 for Californian developer Henry Doelger.

A further military contract was awarded to the company in 1953 for more minesweepers and air-sea rescue boats for the US Air Force. In the meantime yacht production continued as the company’s reputation for high quality had become well established - hull #1,000 had been delivered in 1958.

In 1960 the company was sold to the Wrather Corporation of Jack Wrather, entertainment industry magnate and a collector of Stephens built yachts. The name of the company was changed to Stephens Marine Inc. at this time. This development however only lasted three years before the company was re-acquired by the Stephens brothers. Two notable yachts of 25.9-metres, Miss Budweiser and Elmax, were delivered in the early 1960s to the Anheuser-Busch Corp. and R.T. McDermott respectively.

Stephens built their yachts of wood until the introduction of aluminium and GRP as alternative materials for boat building became popular in the late 1960s and the company launched its’ last wooden yacht in 1974. From the mid-1970s onwards Stephens concentrated on the larger (18-metre plus) yacht market including a handful of sailing yachts. One interesting motor yacht originally built in 1974 and later lengthened to 30-metres was Bravo (ex: My Way). 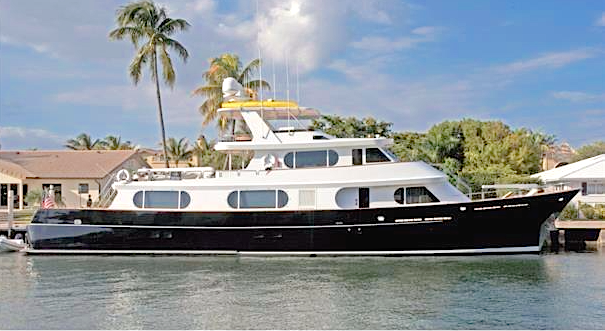 However, production from 1977 until the company closed its doors a decade later would only result in another 20 yachts being delivered. Stephens would stick to aluminium as their preferred construction material that would result in their inability to compete with the lower quality fibreglass yachts being constructed by numerous recently established yards. In total, Stephens built 1,200 vessels making it the most successful yacht builders in California and possibly in the USA. 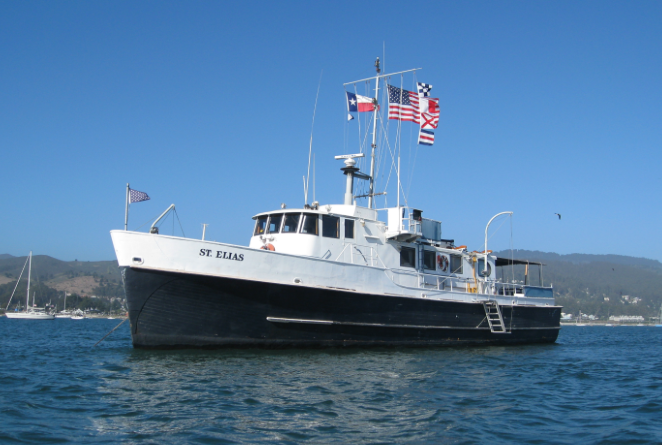 Stephens built yachts are highly collectable today with an annual Stephens Rendezvous organised by the Classic Yacht Association’s Northern California branch. Such was the build quality of these classics that a large number are still sailing today lovingly cared for by their proud owners.

This article is featured in the latest edition of the SuperYacht Times, published today. Subscribe now to receive your copy straight to your door and never miss another issue.