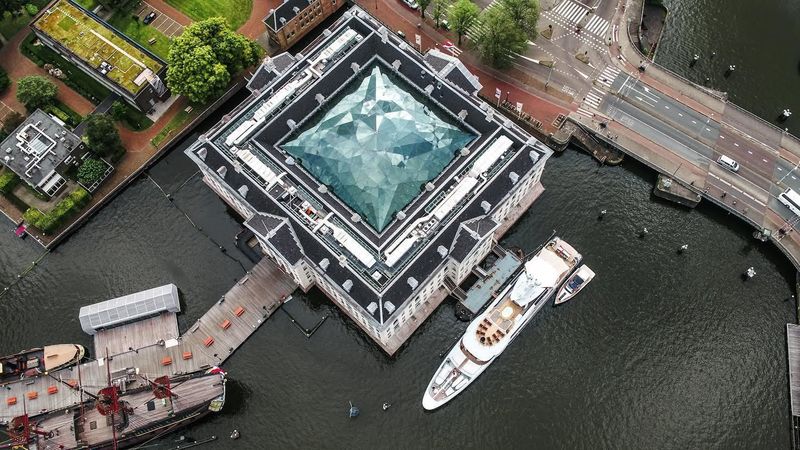 Launched as Engelberg in 2013 at Amels in the Netherlands and commissioned by a Swiss family, Gene Machine has been cruising under her new name since 2015 when the yacht was acquired by her current owners. She is designed by Tim Heywood as one of the most customised Amels Limited Editions 180 superyachts and features a contemporary interior by Enzo Enea @Focus Yacht Design.  Her custom beach club is rather unique, and is decorated using a mosaic technique to depict a scene from the underwater animation film Finding Nemo. Here she is seen in the summer of 2017 docked alongside the famous National Maritime Museum in the centre of Amsterdam.

In Photos: Gene Machine in Amsterdam