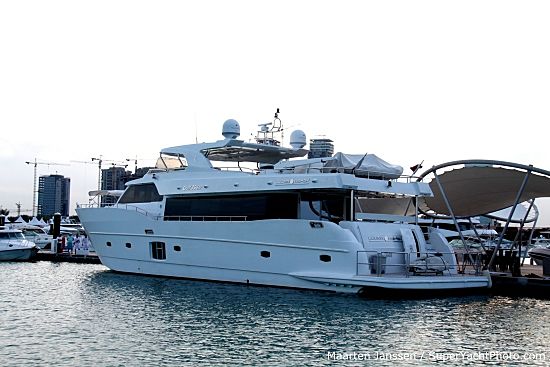 Superyacht Lulwa, seen here in Lusail Marina, in Doha in Qatar, was the first Gulf 95 Exp, by Gulf Craft. She was delivered to her Middle Eastern owner in 2011. The yacht measures 29.13 metres, and she offers four guest cabins on the lower deck, including a full beam master stateroom. Lulwa is powered by twin 1925hp Caterpillar C-32's, which give her a maximum speed of 25 knots and a cruising speed of 22 knots.