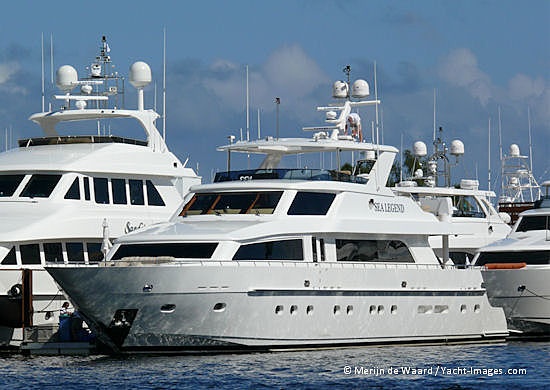 The new Hargrave 114 Sea Legend made her debut at the last Fort Lauderdale International Boat Show. Built by the Kha Shing shipyard in Taiwan, Sea Legend was designed by the team of Hargrave Custom Yachts with an interior by Shelley DiCondina of Yacht Interiors by Shelley. Shortly after her launch Sea Legend was seen in Halifax, Nova Scotia and she now cruises in the Caribbean.