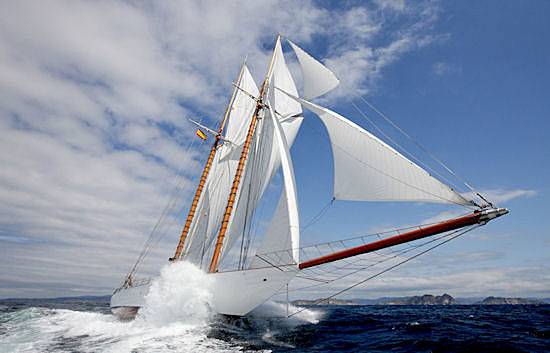 The first photo of the 55 metre schooner Elena under sail, taken during her sea trials off the coast of Vigo, Spain on 6 August 2009. Elena was originally built by Herreshoff Manufacturing Co. in 1911 for Morton Plant, who had a very simple design brief “Build me a schooner that can win!”. The replica of the beautiful Elena has been built by Marin LuxurYachts and will soon be a familiar face again at international yacht regattas. A full feature on Elena will follow soon on SuperYachtTimes.com.