Port Hercules defines the picturesque skyline of Monaco and is undeniably the vibrant beating heart of the yachting world. With the last week of September rapidly approaching, so too are preparations for the Monaco Yacht Show, the annual yachting event which attracts over 30,000 visitors and superyachts from around the globe. 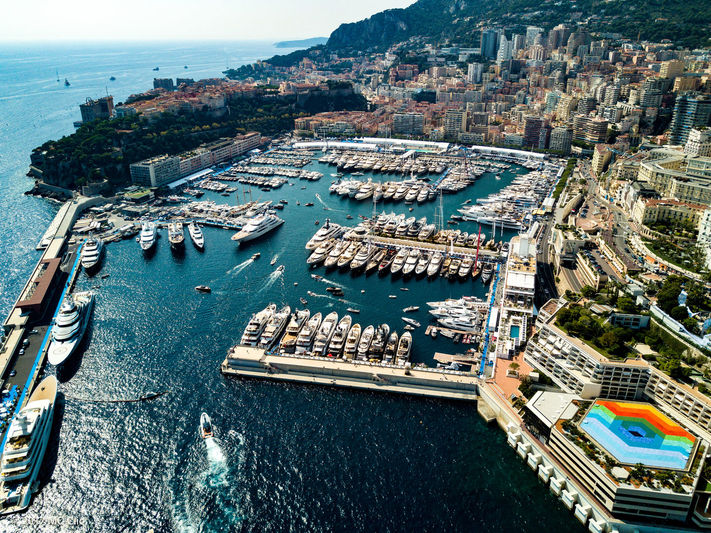 Photo: Monaco Yacht ShowMonaco has a rich seafaring history, and a continuous perception of glamour and sophistication, of which the Monaco Yacht Show is a fine contributor. It has been 28 years since the event first took place at Port Hercules and has grown from a brokerage-oriented trade event to a celebrated cultural phenomenon recognised around the world. With 120 boats, this year’s show will include superyachts such as Kismet, Illusion Plus, Ocean Dreamwalker III and many more.

While the port’s primary function is to provide berths for seagoing vessels, it also plays a particularly strong role in Monégasque culture. Given that there is always a shortage of space in Monaco, the relatively expansive and open port has been used for a wide range of purposes such as hosting globally-recognised events like the Grand Prix and the Monaco Yacht Show. In 2011, 85,000 spectators descended upon the quays to witness Jean-Michel Jarre perform live in celebration of the wedding of Charlene Wittstock and Prince Albert II. 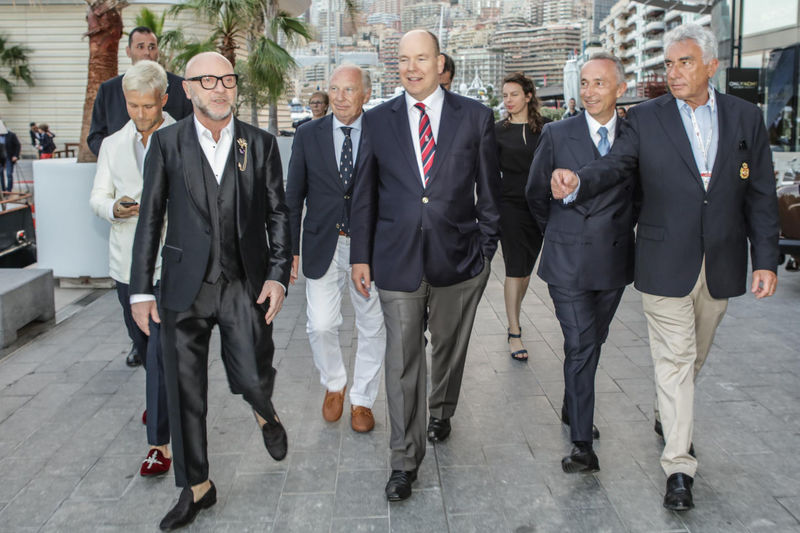 Photo: RivaHistorically, Port Hercules has mirrored closely the development of the Principality. Serving as the only deepwater port in the tiny but independent nation of Monaco, the Port's name is derived from some of the region’s first settlers. The Phocaeans, who originated from the coast of modern-day Turkey, took refuge in the port where they founded the colony of Mònoikos - the local veneration of the Greek demigod and mythological hero Hercules. When the city fell to the Roman Empire some centuries later, the name stayed. Virgil, the famed Roman poet once wrote, “That castled cliff, Monoecus by the sea” in chapter six of his Aeneid. 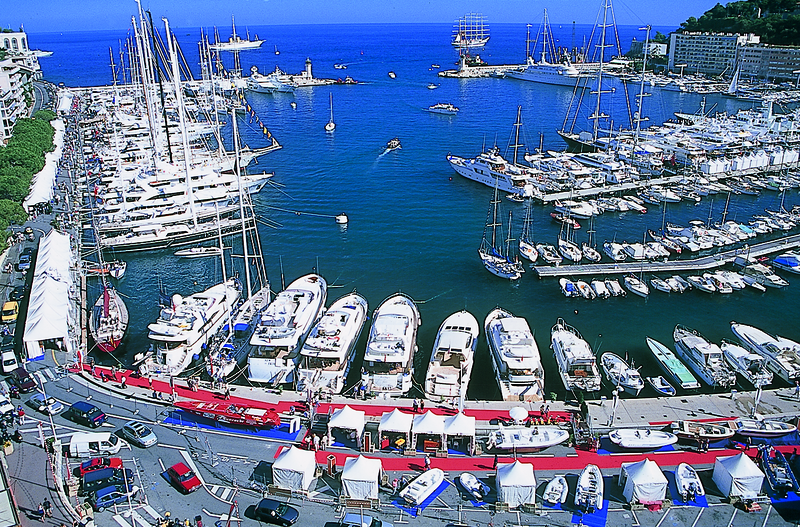 Photo: Monaco Yacht ShowIn the modern era, the deepwater port has seen a series of extensions, fortifications, and upgrades. In July 1901 construction of two quays in the harbour began and still serve as the harbour’s main walls. The modern shape of the port was completed in 1926, but it was not until the 1970s that major modernisation efforts began. 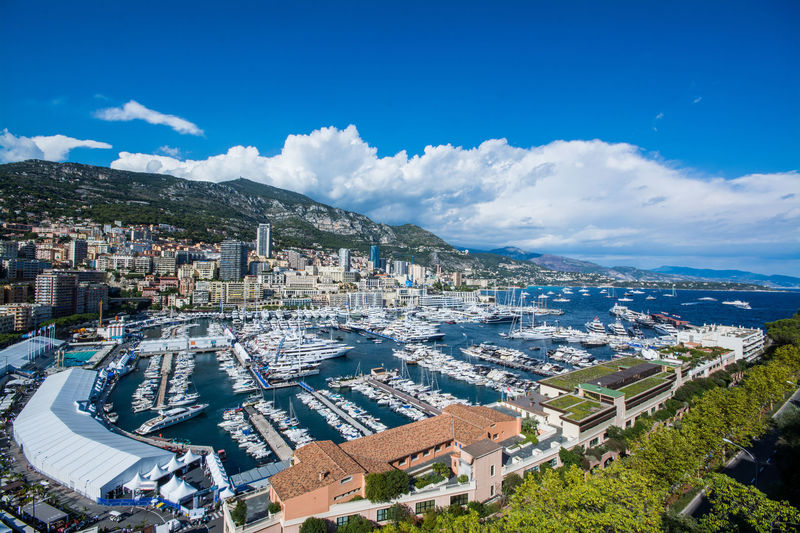 Photo: Tom van Oossanen / SuperYacht TimesThe docks of the modern Port Hercules bear the names of historical figures and artefacts of the nation state’s rich oceangoing history. Take ‘Quai l'Hirondelle’ for example, named after Prince Albert I’s oceanographic research vessel, aboard which numerous scientific campaigns were conducted. Sailing throughout the Mediterranean, to the Azores, and on an Arctic adventure to Svalbard, he helped to cement Monaco’s role in seafaring and oceanographic tradition. 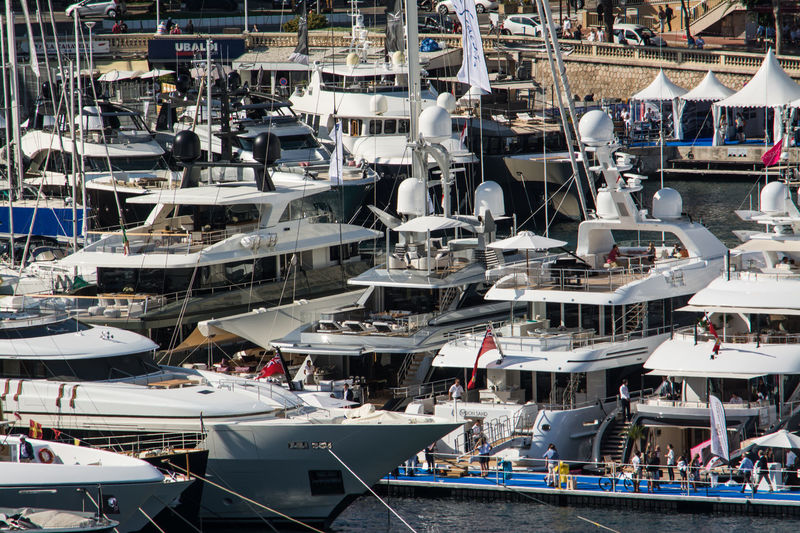 Photo: Tom van Oossanen / SuperYacht TimesThe harbour’s other quays include names such as  ‘Quai Antoine Ier’, where yacht show attendees will find the Tenders and Toys exhibition area, harking back to the ages of Antonio I, Prince of Monaco from 1701 to 1731, who swore an oath to the French King Louis XIV and was knighted subsequently. ‘Quai des États-Unis’, is infamous for its long straightaway and hairpin turn and is often the face of Monaco’s Formula 1 races. 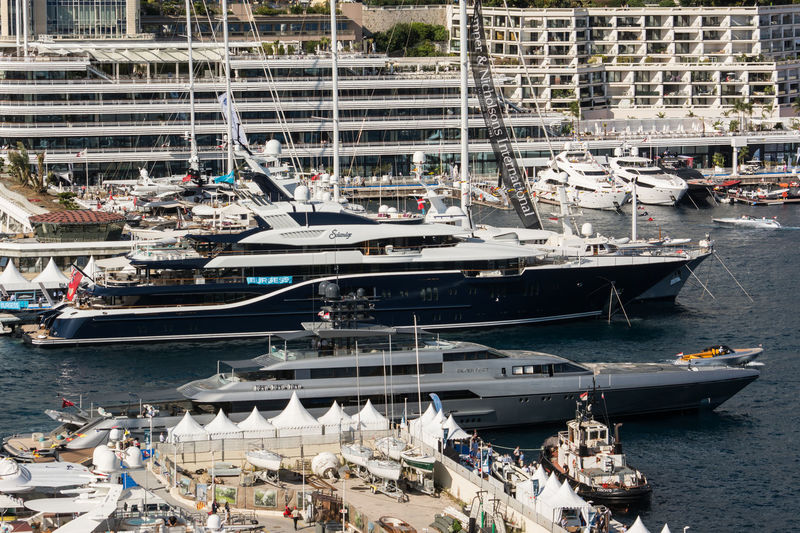 Photo: Tom van Oossanen / SuperYacht Times‘Quai Rainier III’ is aptly named for the ruling monarch of the day, who married American actress Grace Kelly, and, is remembered for propelling Monaco onto the world stage. Thousands gathered on the Port’s quays to watch Grace Kelly arrive in preparation for her 1956 wedding to the Crown Prince -  and again when the newlyweds departed for their honeymoon aboard the royal yacht, Deo Juvante II. Following the royal wedding, Monaco’s image on the world stage would become permanently entwined with that of glitz and glamour by the sea. 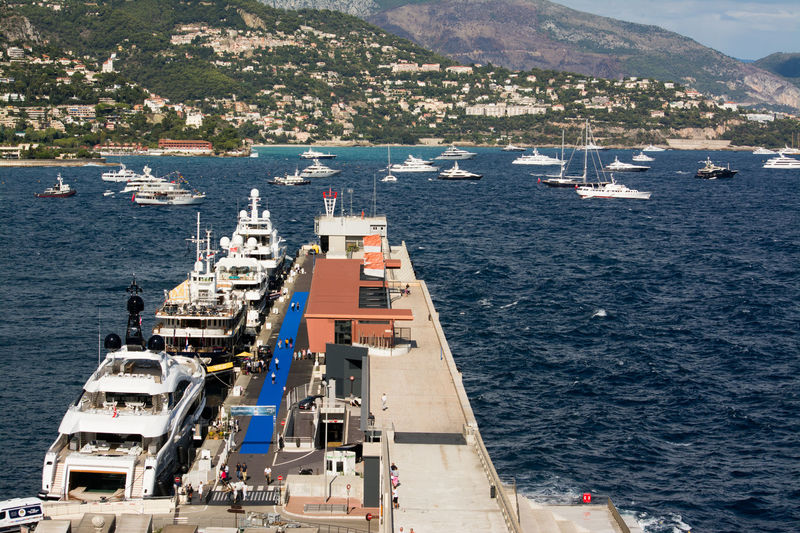 Photo: Tom van Oossanen / SuperYacht TimesDue to its proximity to the Mediterranean Sea and the rich sailing culture that has proliferated in its aquamarine waters, Port Hercules is home to the Yacht Club de Monaco.  With roots in the 19th century and a clubhouse penned by renowned architect, Norman Foster, the Club is the Principality’s national governing body for the sport of sailing. 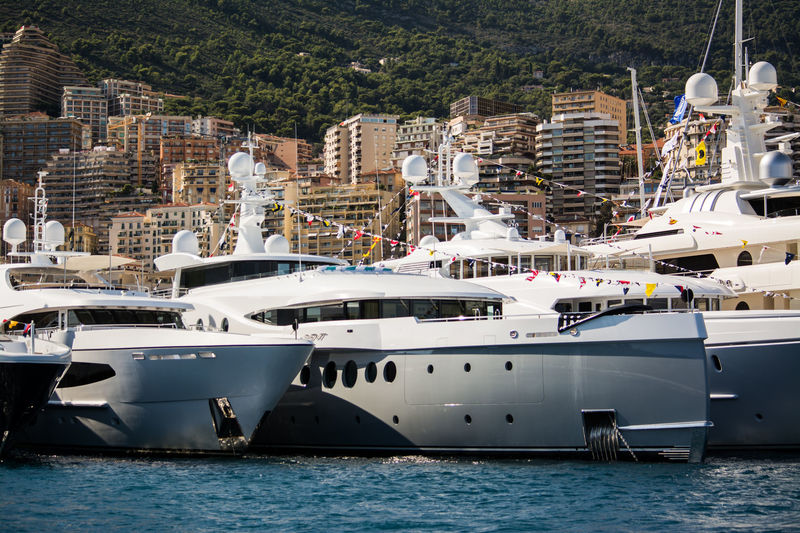 Photo: Tom van Oossanen / SuperYacht TimesMonaco certainly has a global magnetism about it, one of luxury, opulence, and seagoing tradition, three attributes which perfectly fit the Monaco Yacht Show. When the event draws together the global superyacht industry, superyacht admirers, and Monacans to its quays every September, it becomes crystal clear that Port Hercules is, and always has been, more than just a harbour.

How the Monaco Yacht Show has evolved

All the superyachts at the Monaco Yacht Show 2018

How the Monaco Yacht Show is evolving to attract new clients